The ethnological collection consists mainly of objects from the everyday and festive life of peasants. Three sub-collections, presenting the diversity of the region, should be highlighted: the straw-hat collection, the architectural heritage of granaries from Tuhinj Valley and the Vlasto Kopač herdsmen’s collection from Velika Planina. 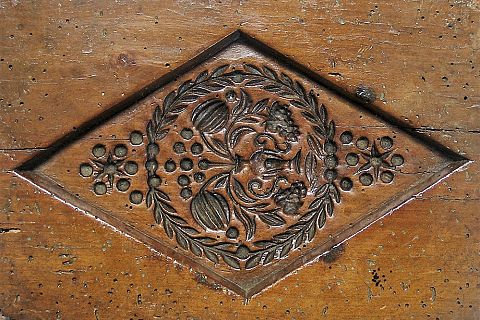 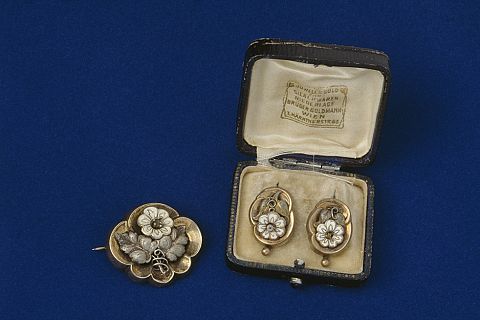 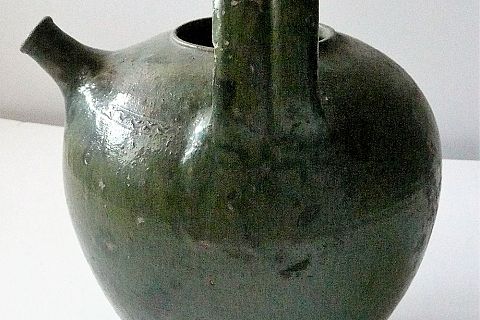 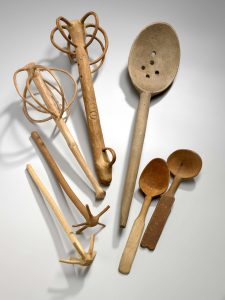 Vlasto Kopač (1913-2006), an architect, mountaineer, alpinist, illustrator and publicist, expert in the natural and cultural heritage, was able to relate the needs and wishes of contemporary men in line with cultural tradition. The greatest monument to his work is Velika Planina. In the winter of 1945, the original herdsmen’s huts on Velika Planina were burnt down. Only the Preskar hut was built anew in its original form and in accordance with old construction techniques. In spite of strong pressure in the fifties of the 20th century to build large common cooperative stalls, Kopač managed to preserve the original herdsmen’s settlement. Nevertheless, the blooming of tourism brought changes to Velika Planina. In the sixties many tourist cottages were built according to the plans of the architect Vlasto Kopač, and are in their appearance very similar to the herdsmen’s cottages. This way the whole Velika Planina region preserved its herdsmen’s architecture.

Since his first visit in 1935, and even after retirement, Vlasto Kopač kept returning to Velika Planina for almost 70 years. He learned not only about the mountainous architecture, which he tried to follow from prehistory and compared it to other herdsmen’s settlements, but also about the herdsmen’s work, accessories, and everyday life. He was thoroughly writing down all the findings, documented them with his camera, or with a pencil, pen and a sketchbook. In decades he created a very rich collection of notes, photos, sketches, plans, drawings, maps, illustrations and a remarkable collection of herdsmen’s objects from Velika Planina. After Vlasto Kopač died in 2006, there occurred an opportunity to transfer this unique herdsmen’s collection to the museum. 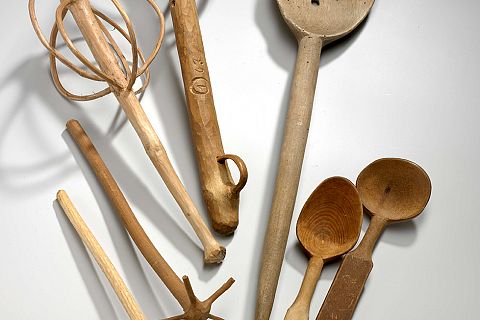 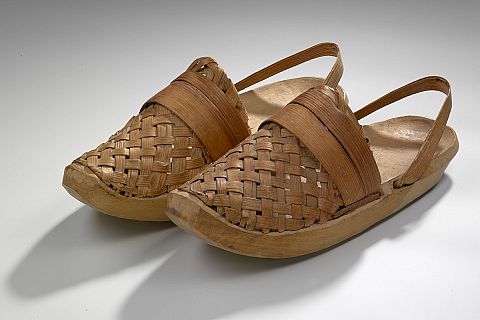 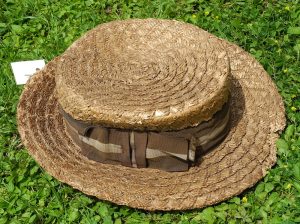 Ethnologist Majda Fister founded the collection of straw-hats in 1964 and linked it to the ethnological exploring of the straw-hat trade and industry in Domžale, which was one of the most well-known and profitable activities in this region from the middle of the 19th century until the end of World War I. The turning point in development of the straw-hat industry (at the beginning it was a handicraft and at the end of the 18th century it turned to industry) was arrival of Tyrol businessmen in 1866, after Austria had lost Veneto. They moved the straw-hat industry to Domžale, started to build factories here and equip them with machines. The collection presents tools and accessories used at home for plaiting and sewing as well as tools used in handicraft and industrial plants, such as smoothing irons for plaits, sewing machines, models for hats, boxes for transportation of hats, intermediate goods and various models of straw-hats. 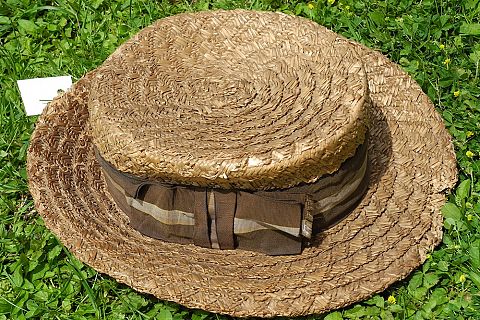 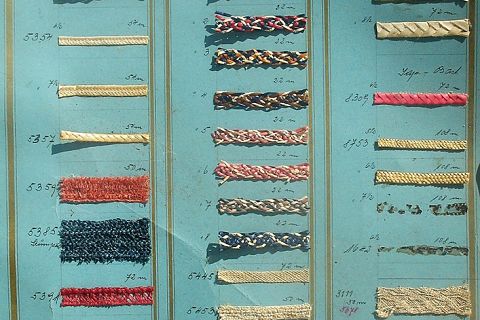 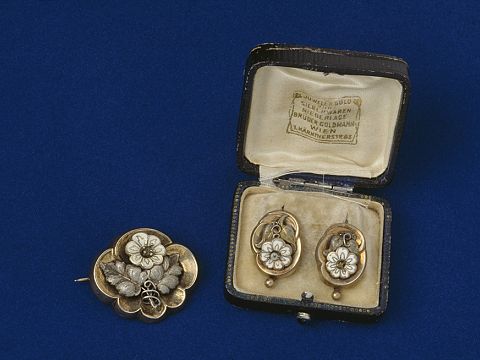 These are so-called earrings for Slovene folk costumes. Women began to wear such a type of earrings at the end of the 19th century, especially in cities. They are made of gold, and the flower is combined with gold, silver and white enamel.

Lovrenc Erzar (1835-1903) was a miller from Nasovče near Komenda. He cut out completely distinctive images of saints, angels, and others in zig-zag style. His works are also characterized by richly decorated pillars on small house altars, which remind us of Baroque figuralism in the surrounding churches.

Seals for salted cheese »trnič«, Velika planina, first half of the 20th century

The fonts are elongated wooden seals with engraved symbols and ornaments. With them, the herdsmen were pushed into a trunk, a special type of strongly salted cheese, which they shaped into clumps similar to onions and above pointed. Still fresh cheese was decorated with a print of wooden seals. They were decorated in a smoke above an open fireplace. 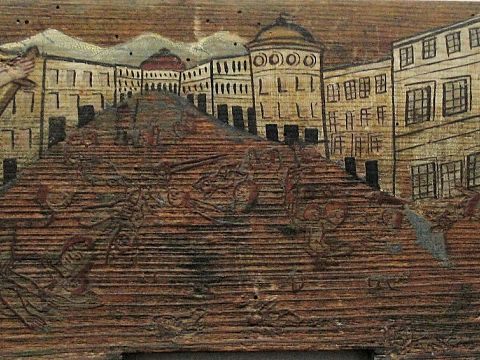 A biblical motive for the killing of innocent children in Bethlehem is beehive painting. King Herod commissioned the assassination of all the children in Bethlehem, because he wanted to get rid of Jesus from the path, which the wise men from the East labelled him as "the new born king of the Jews." 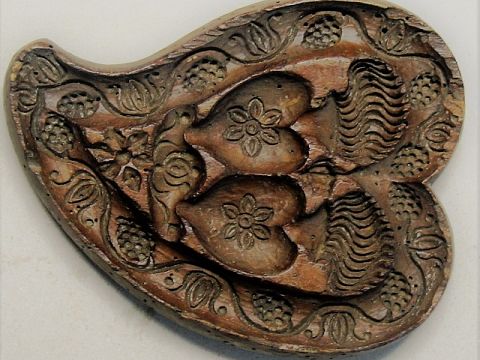 Small bread is a type of pastry typical of the Gorenjska region prepared from flour, honey, pepper, cinnamon, cloves and salt. Wooden models, in which they formed small bread, are partly in the 18th and mostly in the 19th century.

Easter egg is a traditional food. Egg is an Indo-European spring symbol, an image of new life and fertility. In Christianity it symbolizes the resurrection of Christ, including the drops of his blood, and for a few centuries it is part of the consecrated Easter dishes. In Slovenia, the decorating of eggs was established at the end of the 18th century. 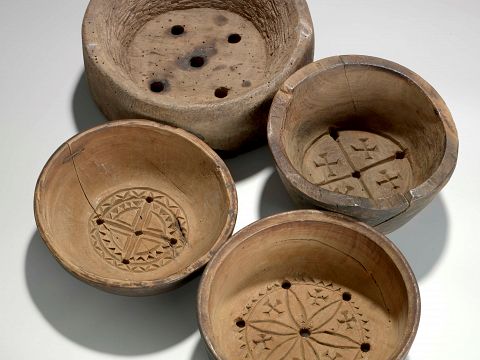 Torila are wooden round dishes for draining cheese. They were made of one piece of wood, extruded or exfoliated with slightly outwardly inclined edges. At the bottom there are various symbols in addition to the holes for draining the liquid, such as the crosses, rosette, heart, grooves, etc., which gave the cheese a special shape. 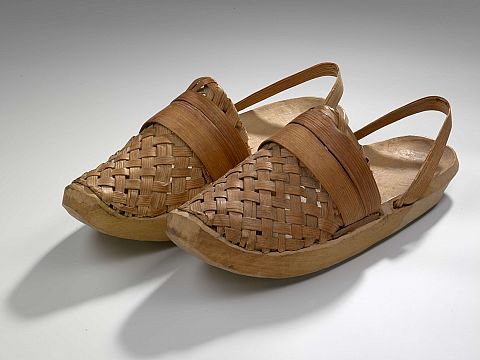 Shepherd's shoes are from wood, mostly maple, on Velika planina, with a distinctive knit upper made of larch wood (later replaced by leather). The sole was protected with nails for safer walking.

A motive painting, painted on wood, depicts the terrible accident of a young girl, Theresa Beč, in 1794. A simple painter tried to portray the girl's fall as a kind of movie frame. There was an accident in a child's play when Theresa was standing on a rock, following her fall from a rock above a chapel and how she was lying on the road with her head injured.

The painting on the glass depicts St. Mary Magdalene in a rich Baroque outfit - in an embroidered and lace dress, draped in a red cloak. She has jewellery in her hair, as well as rich jewellery, earrings, a necklace and bracelets. 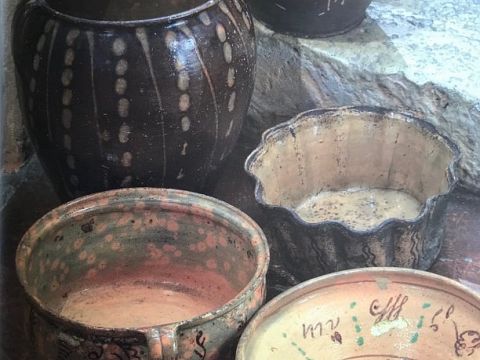 Pottery is one of the oldest crafts in the Kamnik-Komenda region, as rich clay deposits in Tunjice near Kamnik and Komenda have been mentioned since the 14th century. 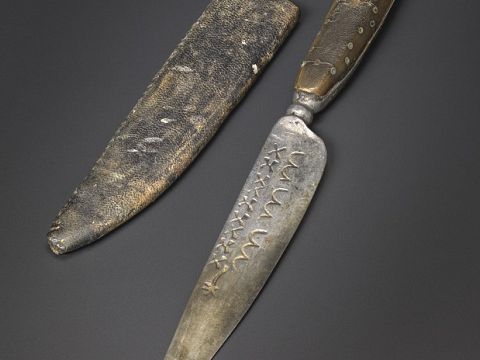 The magic knife has a special power in the treatment of sprains and fertilized hooves of cattle.

Jurij Humar, probably also following the example of sundials on church bell towers and castles, came up with his pocket sundial. He made it out of a palm-sized board and cut it into a crescent shape.

In the ethnological collection of the Kamnik Museum we keep a model for a small bread with the motif of Saint Nicholas, who came from Sadnikar's collection.