Shepherd’s shoes are from wood, mostly maple, on Velika planina, with a distinctive knit upper made of larch wood (later replaced by leather). The sole was protected with nails for safer walking. It is believed that the nails appeared around 16-17 century. They are often found as archaeological finds in shepherds’ huts in settlements. Shoes are from the Vlasto Kopač collection and were modelled after old one, around the 1950s. 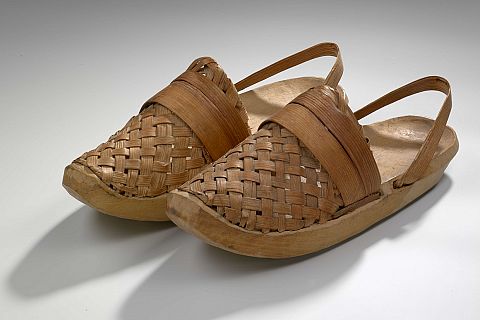