The museum and its administrative, exhibition and storage premises are housed in Zaprice Castle. The castle lies on a hill above Kamnik, and Kamnik suburbs Šutna and Zaprice. According to the written sources, a court stood at this place in the 14th century, first owned by the knights of Zaprice (the Dienger von Apecz family from Zaprice) and later by the citizens of Kamnik. It is possible that the court had been destroyed in 1511, during a big earthquake, and in 1550 Jurij Lamberg built a new mansion in its place, as it can be seen in Valvasor’s graphic art prints. The castle acquired its present appearance not earlier than the time of late Baroque, in the third quarter of the 18th century, in the time of Anton Medard noble Wiederkehr, who enlarged and decorated it in Baroque style. The castle’s present form has been maintained from the 19th century, when the north-eastern wing entrance was built, bordering the castle’s triangular ground floor, in the same way as the south-western wing. 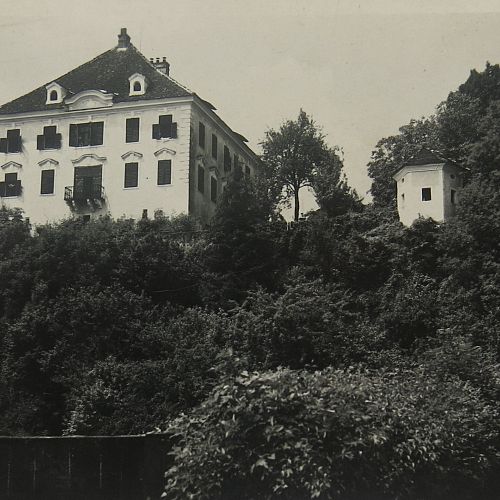 Zaprice castle was a special residential type of country mansion with corner prominences, having three floors and no inner yard. Similar types of castles were built later in the nearby area. The castle was built with late-Gothic formations, which can be seen even today (balcony consoles, Gothic windows with bevelled edges, elements inside the floor ground and in the side wing), however, as a whole it has more of a Renaissance appearance. Because of the threat of Turks, the castle had to be fortified with hexagonal turrets on both corners (later turned to pavilions) and with defence walls, which had surrounded the castle from the beginning in the form of a triangle. The corner prominences were more or less symbolic and ornamental, required by Renaissance fashion, and did not have any protective function. The castle had also its own chapel, and during the time of the Protestant Reformation, it was the place of Lutherans from Kamnik.

In the castle, there is the renovated castle salon, which had walls decorated with Baroque painted wall papers till the end of World War II, now they are kept in the National Museum of Slovenia in Ljubljana. Unfortunately after World War II almost all the interior fittings have been taken away or destroyed.

The last private owners of the castle were the Rechbach family, until 1945. After nationalization, when the castle was used as a repatriation centre for refugees, and also as an apartment building, it was designated a museum in 1961 which, in the following years explored the building and found and preserved many architectural elements, and renovated the building. 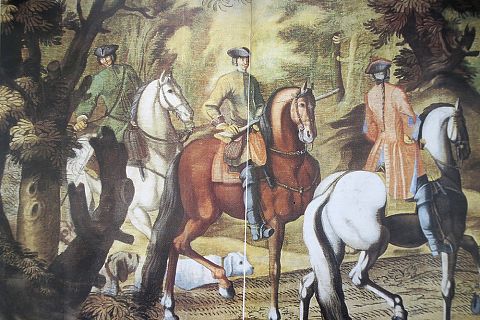 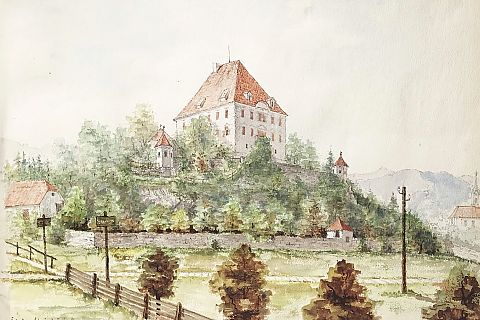 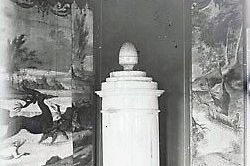 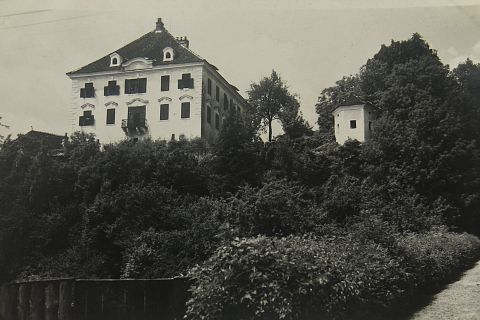 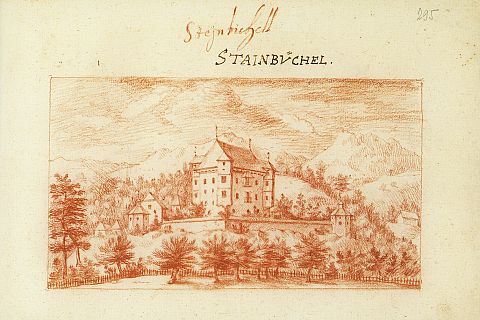 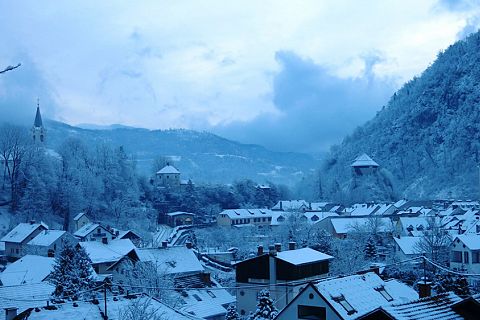