Pottery is one of the oldest crafts in the Kamnik-Komenda region, as rich clay deposits in Tunjice near Kamnik and Komenda have been mentioned since the 14th century. In 1781, the travel writer Herman wrote that Komenda was the strongest pottery centre in the region of Carniola, as 74 individuals potted in Komenda and the surrounding villages.

After World War I, pottery began to decline due to the conversion of black kitchens into white ones with masonry stoves and industrial metal utensils. In 1929, the potters joined the Komenda Pottery Cooperative. Janez Štrcin played an important role in it, providing two large kilns for the work and sending some potters to the school in Ljubljana.

A replica of an old pottery kiln and a lot of Komenda pottery can still be seen today in the Lončar Museum in Podboršt near Komenda, and of course in other museums.

Komenda pottery products are recognizable by lighter tones of glaze – yellow-brown and light green, the decoration consists of dots, twists, ribbons and flowers. And among them are various shapes, from pots, lattices, hearth baking pans to baking trays and potica baking models.

Today, there is hardly anything in Komenda about the former potter’s fame. Among the last potters are Franc Kremžar with his daughters. Kremžar comes from a family of potters, as the clay pot was already made by his grandfather, as well as his parents. After the World War II, they got a job in the Komenda Pottery Cooperative in 1948, and their father also made pottery at home. Franc also got a job in the pottery company Komenda in 1970. In 1985, he left the company and became an independent potter. Thus began a period of vocational training, creative search for new paths and active work in the professional association of craftsmen. In 1988, the Chamber of Crafts of Slovenia awarded him the title of master of home crafts. 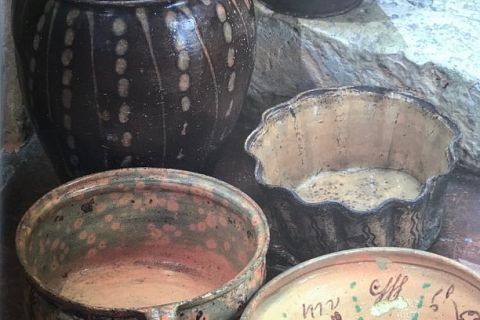 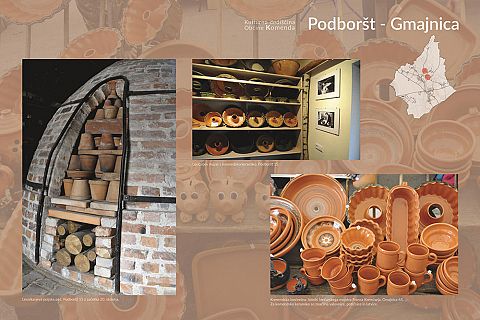 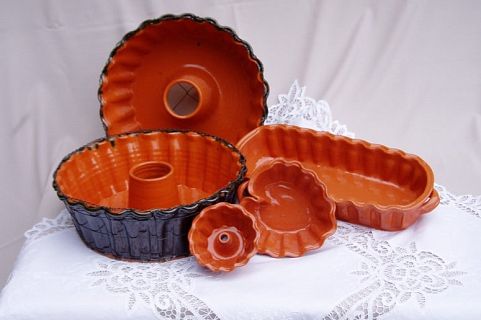