Gold, silver, white enamel, end of 19th or beginning of the 20th century

Earrings were worn by both men and women. Men carried one gold ear in the left ear, women always in pairs. Earring had a dual meaning – like decoration and at the same time as a protection against a bad vision, headache, etc.
These are so-called earrings for Slovene folk costumes. Women began to wear such a type of earrings at the end of the 19th century, especially in cities. They are made of gold, and the flower is combined with gold, silver and white enamel. 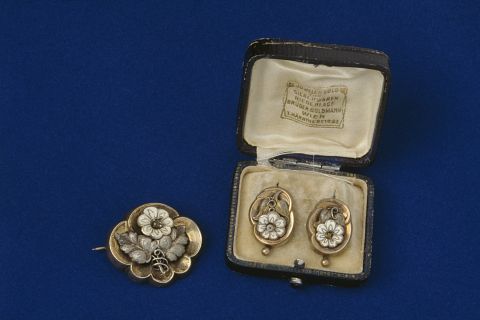