Home / News / Tombstone of the Dindii, Second half of 1st century, Kamnik

Tombstone of the Dindii, Second half of 1st century, Kamnik

The tombstone was discovered around 1830 in Kamnik, under the Zaprice castle. It was later built into the wall of the former pub Pri Krištofu, now called Ideja Kamnik (Šutna 35), from where it was moved into the museum’s lapidarium in 1968.

The tombstone is made of grey limestone from Ihan and the letters are nicely carved. On the relief on the narrower sides, there is a carving of a jug – kantharos with a grapevine with grapes (as a symbol of inexhaustible life) growing from it and two dolphins. Colour pigment residues are present all around the tombstone.

The Dindii Family is supposed to have originated in the metallurgic city of Praeneste (Palestrina), 35 km east of Rome. It is a city, known for its craftsmen of jewellery, metal mirrors, dishes, bronze statues and other ornamental items. In the era of Cesar, most people with the surname Dindius lives in the city. After the fall of the Roman Empire, the economically successful families died out or moved to Aquilea (Aquileia) and from there eastwards. The first name Blandus was often given to the craftspeople. 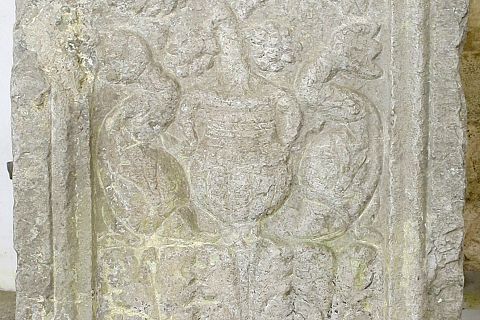 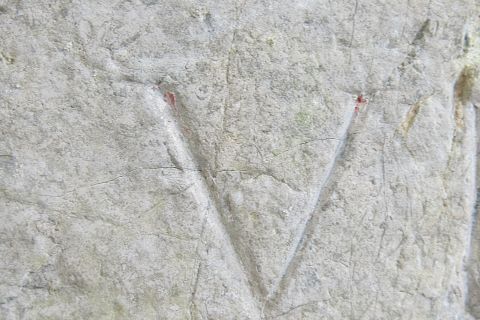