Tinder on a chain, Mali grad

This is a common medieval form of tinder that can be of a more or less convex shape. Apart from its practical use tinder also has a symbolic meaning. For instance the South Slavs believed that the flint stone symbolised the sky, the tinder symbolised the Earth and the fire that emerged as a result of the two was the mediator between the sky and the Earth .

As regards location the closest analogy was discovered in a grave of a young male, buried in the medieval church in Fijeroga close to Pomjan. We can find similar ones in High Medieval burial sites in Russia, Bulgaria, Hungary, Romania and Poland. As regards finds from settlements the find from Otok near Dobrava. 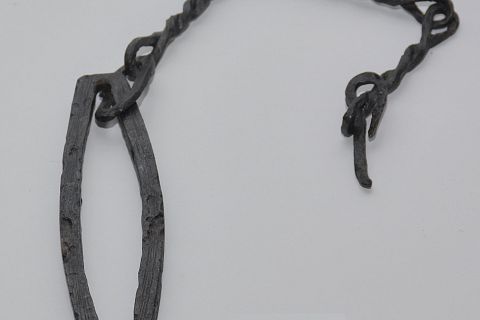 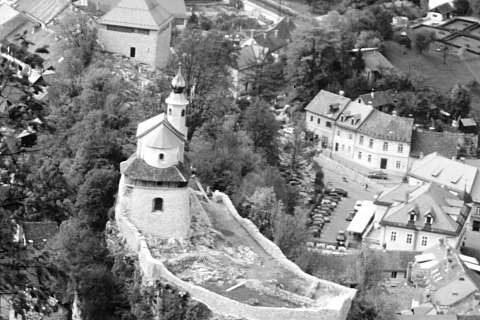