Home / News / The story of the popular Kamnik’s polka

The story of the popular Kamnik’s polka

Probably the most popular song about Kamnik, and so to speak, the Kamnik anthem, is a song called the Kamniška polka.

In the second half of the 1950s, Andrej liked to visit Kamniška Bistrica and Velika planina. Once on the way by train to Kamnik and then by bicycle to the Kamnik mountains, the future hit gave birth to him and hourly onwards.

For the first time, the track, entitled Kamniška Polka, was recorded by members of the Boris Kovačič Ensemble and placed in 1965 on a 10-inch eight-track record. Among them was a roller coaster of Golden Autumn with lyrics by Ferry Souvan. The plate was named after the supporting song – Kamniška polka, but already added the title Veselo v Kamnik. The polka was led off by Stanka Kovačič and Danilo Čadež.

You can listen to her:

Then the triumphant path of this song began, which became very popular among Slovenes, but most of all among the citizens of Kamnik, who eventually adopted it, identified with it and granted it the status of the Kamnik unofficial anthem.

The author of the popular Kamnik Regiment, Andrej Blumauer later became an outstanding organ virtuoso. In 1982, in collaboration with Jože Privšek and Oto Pestner, he released a large vinyl record. He died on October 5, 2013. At his request, his ashes were scattered throughout his beloved Mountains of Kamnik. 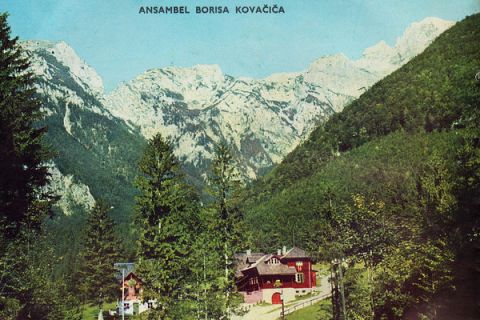 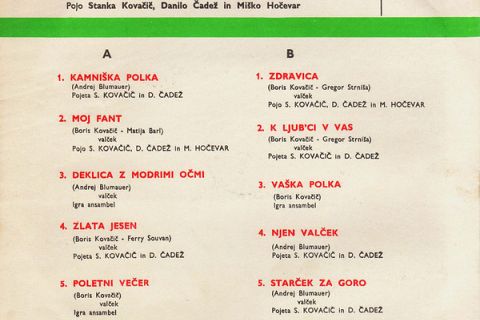