The work Dance in the Casino or Carnival Dance is a bourgeois party, most likely a dance in the Casino or hotel Union in Ljubljana. On the far left edge of the picture we recognize famous personalities of the pre-war cultural scene, actor Anton Danilo and poet Lily Novy. The work expresses what Cuderman devoted most of his painting to – the figure as such, which was his eternal inspiration. Initially anchored in realism, he embarked on the path of European symbolism and secession in his mature period, but in the period around 1930, characteristic elements of expressionism and new reality invaded his work. 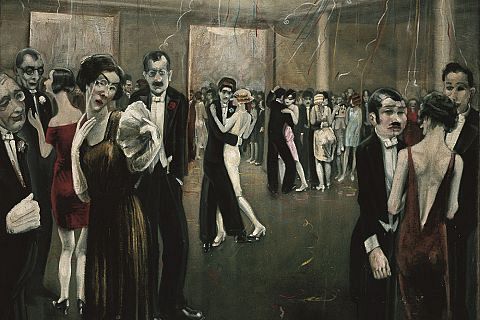