Plate, edible, shallow, from food service, stoneware dishes. At the bottom of the Wedgwood brand. The motif of a cargo ship with sails in front of the port is recognizable, with floral ornaments in blue on the edge of the plate.

The most important type of ceramics from the end of the 18th century to the end of the 20th century, also in Slovenia, was stoneware ceramic, which is often replaced by porcelain. However, its production was definitely cheaper and more accessible, on the outside it was quite similar to the more expensive, porcelain ones in terms of both motifs and colours. Stoneware pottery services are thus found mainly among the representatives of the middle and lower bourgeoisie.

Stoneware ceramics were most perfected in England. The most important technical solutions were contributed by the Wedgwood family. Among them the most important was Josiah Wedgwood, who in 1759 began a manufactory of making stoneware ceramic. The improved mass was very suitable for mass production, especially for casting in molds. On the other hand, they also perfected the decoration, as the products were designed and decorated in white and blue, very similar to the motifs of more expensive porcelain.

The production of stoneware ceramic according to English models has also spread to the territory of today’s Slovenia. Florjan Konšek’s stoneware ceramic workshop has also been operating in Kamnik since 1855. Suitable clay was obtained in the valley of Kamniška Bistrica. The factory was bought by Schnabl in 1878, which marked the beginning of a long family tradition of making stoneware dishes in Kamnik.

More: Mateja Kos and Žiga Šmit, Tableware in English fashion. In: The past under the microscope. National Museum of Slovenia, 2017, p. 83-88. 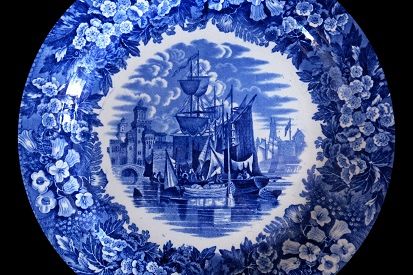 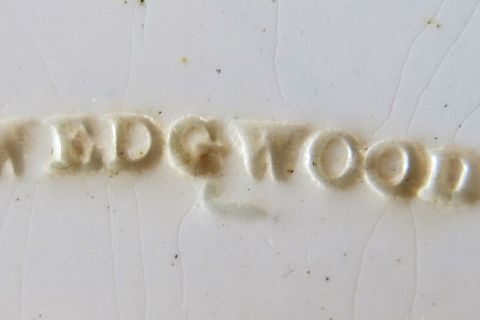