The museum’s collection preserves the landmark of the Kamnik city territory, probably from the 18th century, with the engraved inscription Der Stat Stain Purgfrid. It was transported to the museum in the sixties from the outbuildings and stables of the inn Kristof in Kamnik. It is one of the few preserved monuments of legal character from the city’s past.

City territory (Burgfried) was created only when the townspeople as a whole also enjoyed the forests in the immediate vicinity of the city, cultivated the closed complexes of the grubby world for fields or gardens and took care of roads and walls. This territory gradually gained its city authorities and autonomy. The preserved privilege book of the town of Kamnik from 1528 contains the documents that determine the court rights for the city judge, the old city privileges and rights, permits for settlers to settle from the country to the city, construction of the city fortification ditch and the like. Throughout the centuries, the area of ​​urban peace has been conscientiously marked by landmarks, which are also preserved in the museum lapidarium. 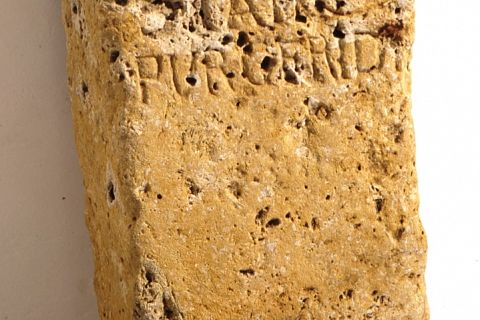