Flag of the National Reading Room (Narodna čitalnica) in Kamnik, 1873

The flag of the National Reading Room is made of a double layer of silk. The motifs are embroidered on both sides of the flag: on one side the inscription Narodna čitalnica kamniška is embroidered in the wreath, on the other side in the oval is the Kamnik city coat of arms with St. Margaret, around which is the inscription Vse za narodov blagor (All for the good of the nations). The flag was embroidered by the ladies of Kamnik, and it was ceremoniously taken over by the readers on July 27, 1873. On this occasion, the Kamnik reading room hosted national societies from Ljubljana, Kranj and the surrounding area.

On March 18, 1868, the provincial government approved the rules of the National Reading Room in Kamnik, which was created on the initiative of lawyer dr.Valentin Prevc and his assistant Simon Jenko (Slovene poet and writer). The main purpose of founding the association was that with various events – theatre performances, concerts, dances, social trips, ordering newspapers, they awaken and strengthen the Slovene national consciousness and promote the use of the Slovene language. Initially, the reading room included mainly the upper and middle classes of the bourgeoisie and the intelligentsia. After 1890, when the clerical-liberal contradictions reached their peak, and the Liberals won the elections of 1893 in the municipality of Kamnik, the social composition of the membership also changed. In 1907, with the help of Lira and Sokol, the National Reading Room in Kamnik bought the building and land in the town of Kamnik and established the Društveni dom (today’s Veronika café). The reading room operated with various ups and downs until the beginning of the First World War. At the end of 1918, the activity resumed, but it completely lost its original character, that is, the national awakening role. 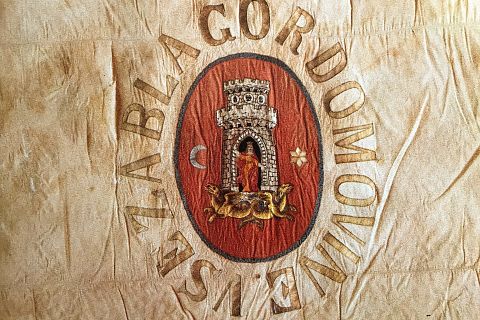