There at Celovec… Carinthian plebiscite 1920 in literature and music

After the end of the First World War in 1918, Austria-Hungary disintegrated. New states were created, among them on October 29, 1918, the State of Slovenes, Croats and Serbs, which merged with the Kingdom of Serbia on December 1 of this year and became the Kingdom of Serbs, Croats and Slovenes. The borders with Austria in Styria were determined by Rudolf Maister with a coup and battles for the northern border. In Carinthia, however, things got complicated. In Paris, at a peace conference in 1919, the Entente forces decided to divide the Klagenfurt Basin into zones A and B. The plebiscite will decide where this valley, according to the Entente Commission, belongs. Residents will decide for themselves where they want to live: in the Kingdom, Serbs, Croats and Slovenes, or in the Republic of German Austria; at the signing of the Peace Treaty of Saint Germain in September 1919 renamed the Republic of Austria.

Zone B was under Austrian, Zone A under Yugoslav administration. The plebiscite would first take place in Zone A, but if it went well for the Slovenes, it would be held in Zone B. General Maister, who took over military and political power in Zone A, quickly realized that he had to unite Carinthia politically. Thus, in June 1919, he invited 16 distinguished men to Velikovec. They established the National Council for Carinthia as a supra-party organization. They elected General Maister for president. The organization strived for economic and cultural development and the unification of all Slovenes in the Kingdom of SHS. They published magazine and propaganda press. Maister encouraged the establishment of reading rooms, theater groups, choirs. Together with the National Council, he also made proposals for the economic progress of Slovenes in Carinthia. Thus, societies for fruit growing, horticulture, forestry, animal husbandry, etc. were formed.

Maister and the National Council also tried to connect Slovenes in Zone A with large manifestations, gatherings, camps and cultural events. Among the most resounding were the camps on 15 August in Sinča vas and on 28 September 1919 in Dobrla vas. At the National Council, Maister established a plebiscite office, which became a centre of plebiscite propaganda. However, when the general had to leave Carinthia according to the decision of the plebiscite commission, the plebiscite work was left without a head. This is how his colleagues soon realized. The optimism brought by the announcement of the date (October 31, 1920) for the plebiscite in zone B in the newspaper Korošec disappeared like camphor. The plebiscite in zone A on October 10, 1920 was lost to the Slovenes. 59.1% of voters voted for Austria and 40.9% for the Kingdom of SHS.

How the plebiscite resonated then and for a long time afterwards in literature and music… We chose six protagonists who fought for their nation with powerful tools, words and songs, just like soldiers with a sharp sword and rifle at the front: Lovro Horvat, Pavle Kernjak, Ph.D. Angela Piskernik, Ph.D. Izidor Cankar, Prežihov Voranc and Ksaver Meško. Some were Maister’s close associates, speakers at rallies, agitators in the plebiscite area, and elsewhere; yet others pursued the same aims as the Maister and the National Council with their gifts wherever possible. They continued their work even when a large piece of Carinthia remained in Austria after the plebiscite. They never gave up. This year, 100 years will have passed since this historic event. At that time, 65,000 Slovenes lived in today’s Austrian Carinthia, today there are only 13,000.

The exhibition is accompanied by a recording of a one-act play with the epilogue Plebiscite, dr. Izidor Cankar, which was played exactly one hundred years ago, on September 8, 1920, in Loga vas by Lake Wörthersee. With this text, too, Cankar wanted to encourage Slovenes to vote for the Kingdom of SHS in the plebiscite. The Carinthians intended to repeat the successful performance elsewhere, but this did not happen due to disappointment at the outcome of the vote. The staging of the Plebiscite in Kamnik performed by the ŠKD Sela drama group is the first in a hundred years and the first in Slovenia.

The Slovenian and Austrian sides paid a lot of attention to this year’s centenary of the plebiscite in various media and at various events; especially in the direction of non-conflict and the search for coexistence.
The main event commemorating the Carinthian plebiscite, which of course means a celebration for Austria (as Dr. Marjan Sturm, a member of the so-called consensus group, said in the Večer newspaper), was the joint event Carinthia 2020 – Ein Land sagt ja on October 10, 2020 in Klagenfurt. Slovene students in Austrian Carinthia have a stronger opinion about it, the attitude of the state of Austria and the majority nation towards Slovenes in Austrian Carinthia than official Austrian politics, most Slovene organizations in Carinthia and also the policy of the home country. In addition to drawing attention to the injustices that are still happening to Slovenian Carinthians through demonstrations and manifestations, they also published an interesting brochure entitled Our everything is rebellion.
As we had to cancel the round table Carinthian plebiscite 1920 at Maister’s birthplace due to the coronation situation: yesterday, today, tomorrow, to which we also invited student representatives, we are publishing this short video with their clear views and demands regarding the Slovene minority in Austria. The video features: Andi Smrtnik, Simon Rustia, Lena Kolter, Alex Smolnik, Lara Hobel, Dorian Urank, Janina Opetnik, Ana Einspieler, Rok Selan, Helena Reichmann, Roman Petek, Izidor Sturm, Kristina Kragelj, Katarina Pasterk and Felizian Ibounig. 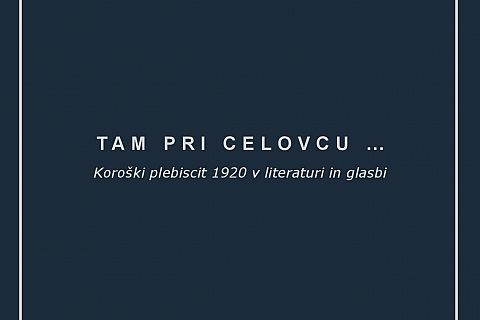 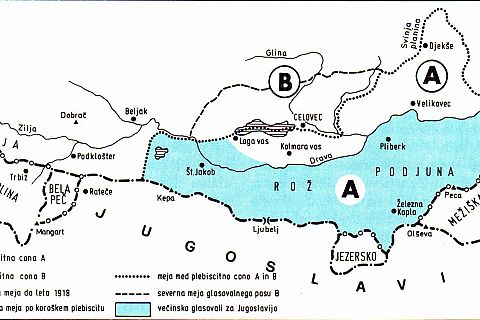 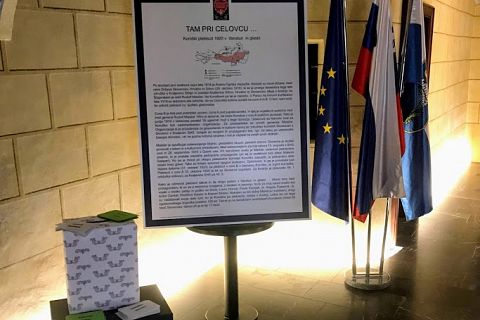 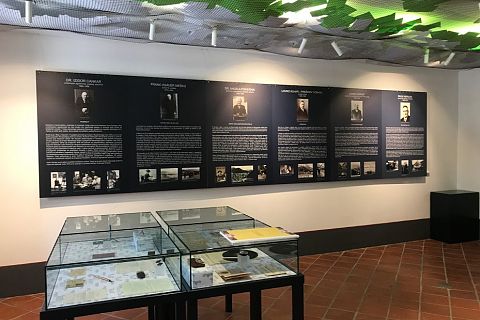 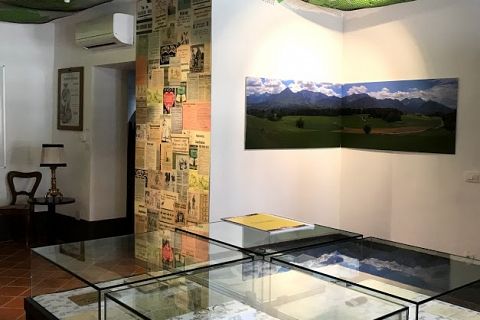 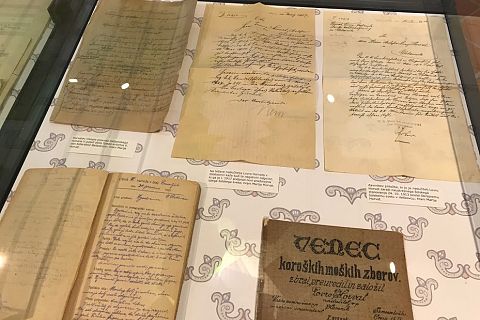 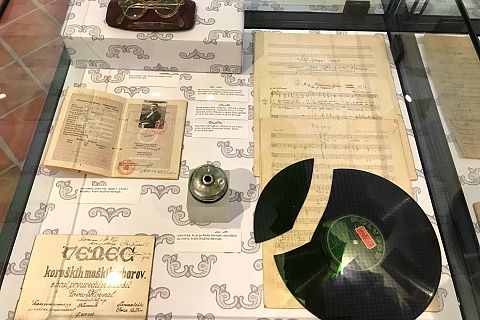