“… Tea Curk Sorta is based on two guidelines in its artistic expression. On the one hand, from the understanding of graphics, on the other, sculpture. If her firsts were directed to a pure sculptural form, with the introduction of wire as a material for her works, she began to interweave both elements of the two fine arts, that is, both line and volume. The idea that he introduced to the fine arts as a form of kinetic art, an art that is not only content and form-satisfying, but also a movement, was introduced by mobile pioneer, American sculptor and painter Alexander Calder, back in 1929 when it was on display at his first solo exhibition in Paris, he exhibited so-called drawings in a space called Cirque Calder. In her expression, Tea Curk Sorta combines sculpture and graphics into a timeless play of two- and three-dimensionality. Wire drawings, three-dimensional drawings, also drawings in the space used to curl female figures, paint a kind of shadow paintings, shadow drawings on the walls of the room. The cost-effectiveness of the material allows her to place her figures in space, but does not in any way hold them. It leaves them free to move, it allows the viewer to create a shared dynamic as he reaches into the space of the figure itself with his own movement…. ”

Tea Curk Sorta (1981) completed her undergraduate degree in Sculpture at the Academy of Fine Arts and Design in Ljubljana in 2007, and in 2012 she completed her Master’s Degree Program in Graphic Arts (Prof. Lojze Logar). During her studies she studied at the Academy of Fine Arts (Akademie der Bildenden Künste) in Munich (Prof. Magdalen Jetelova). She creates in the field of sculpture. As an independent artist she lives and works in Ajdovščina. 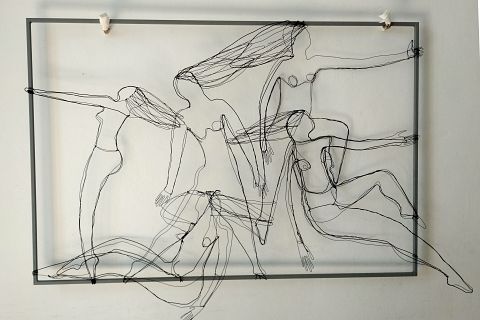 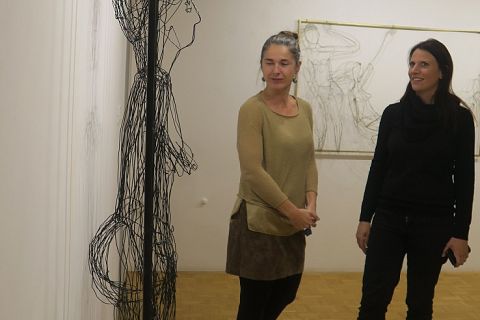 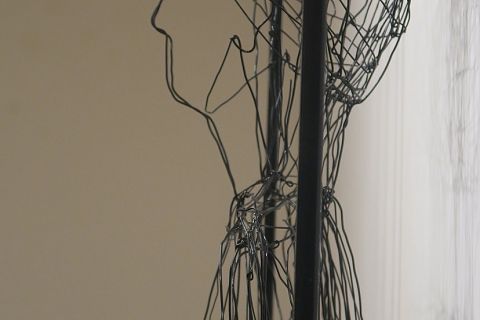 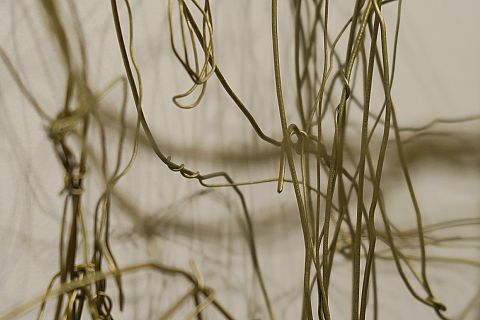 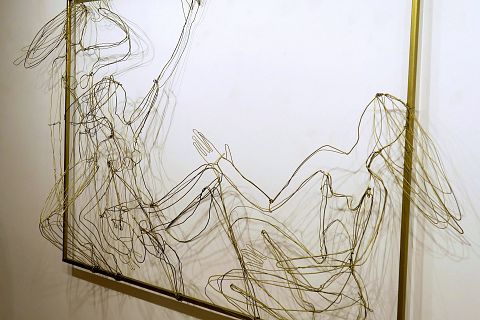 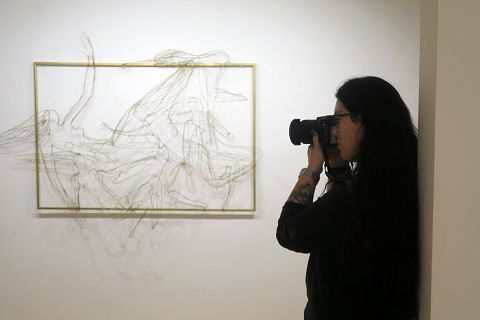