Tamara Bregar is a new name in modern Slovenian sculpture and this time she represents for the first time independently with a completely fresh sculptural cycle. In her work, it is evident that two challenges are faced constantly before the artist: on the one hand, the exceptional sensitivity and unpredictability of clay as a material for the creation of ceramics, and on the other, the exploration of the form. The process itself is demanding and above all unpredictable. At the beginning, the artist limits the material itself – clay, therefore, its base, its core, interacts with various materials that introduce diversity and multiplicity in texture, surface and shape, and in the end, the unpredictable behaviour of the material in the furnace is waiting for it.
Curator of the exhibition Saša Bučan about the artist Tamara Bregar writes: “The sculptor consistently follows his original starting point, the original form, which changes from cycle to cycle, from period to period. The original form of the shell, where many materials are played, whereby the objects effect and invite with their texture, is developing in the last form of the period. The latter, from the pure form taken from the sea, passes into the fossil decay, the remainder. What was alive died, the traces of life are blurred, only traces of traces remain. Now the shell is blurred, the wreckage, the fragmented image of something that was once a life, the absence of the original. A shell that does not exist anymore, here formally only acts as a rest, but also symbolically represents the statue of a sculptor about his own life, and even more broadly about living. ”

Tamara Bregar (Trbovlje, 1991) graduated in the field of sculpture at the Faculty of Education in Ljubljana, in the direction of Art pedagogy, with professor Mirko Bratuša in 2016. In 2014, she was at the Erasmus Study Exchange at Kunstuniversität Linz University in Austria. In 2017, she studied at the Department of Ceramics at the Academy of Fine Arts Eugeniusz Geppert in Wrocław. In 2015 and 2018 she was selected for the UNICUM International Triennial Ceramics. In 2018, she was represented Slovenia at the European Ceramic Context 2018 – on European ceramics exhibition in Bornholm (Denmark). In 2018 she also exhibited at the Mark Rothk Art Center in Latvia (Daugavpils Marka Rotko mākslas centrs) and at the Eco Drava exhibition at the National House in Maribor. She was also ranked at the exhibition of young perspective artists in the ZDSLU, and for the first time she also presented independently at the gallery of the Faculty of Education in Ljubljana. 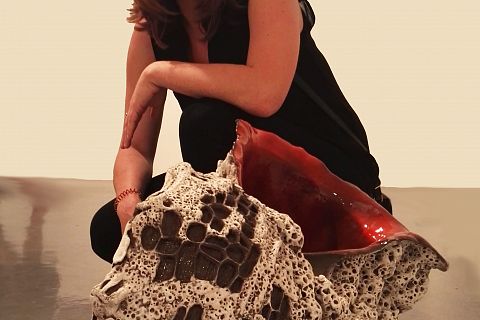 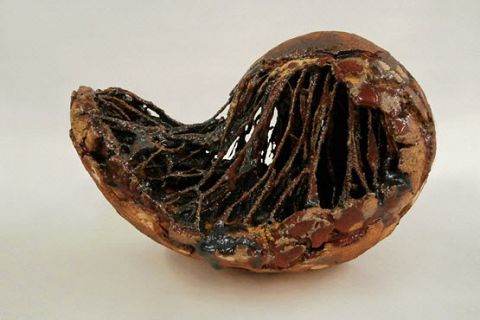 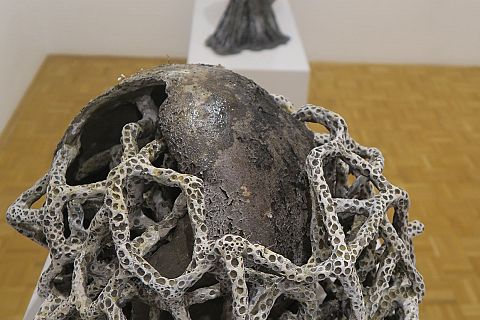 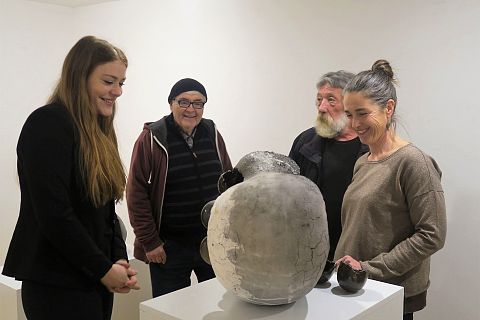 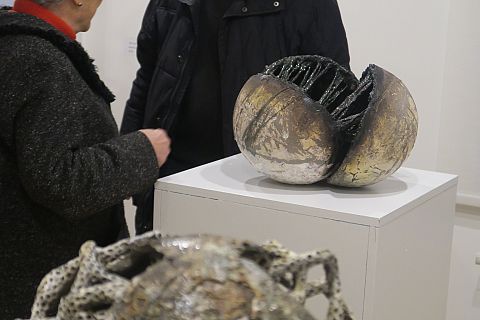