The special shape of the wine handle is named after the ceramic technique of majolica, which is named after the Spanish island of Mallorca. The technique was perfected in Italy in the 15th and 16th centuries, where this form of vessel also originated. In Italy, several important centres of majolica production have sprung up; the city of Faenza stands out among them, which distributed this type of ceramics throughout Europe and gave another name to the same technique: faience. Both majolica and later faience were also highly valued by the richer classes on the territory of today’s Slovenia. It was used in castles, in rich bourgeois dwellings, dining rooms, bedrooms, pharmacies, inns, and many other places.

For now, we do not have precise data on when the production of wine handles – majolika – began on the territory of today’s Slovenia. The oldest industrially made and dated handle in the collection of the National Museum of Slovenia was made before 1871 in a ceramic factory in Nemški Dol. As a form of – a wine handle with a spherical body and a three-leafed mouth – majolika was especially popular in our country in the 19th and 20th centuries. It can be found in both folk pottery and handicraft production – in Kamnik region in Komenda as the centre of folk pottery and in Rudolf Schnabl’s workshop in Kamnik.

The most famous majolika are those made by the Svit Kamnik ceramic factory from the early 1950s until the end of its existence in 2008. They are equipped with city coats of arms, flower arrangements or greetings for important anniversaries and milestones, were a popular gift and decoration of the kitchen. However, majolika was also made in the factory, with many new motifs and patterns, in the Ceramic factory of the Schütz brothers in Liboje near Celje and in the Ljubljana factory Dekor.

With the joint project of the National Museum of Slovenia and the Intermunicipal Museum Kamnik, we want to give Kamnik majolika the right place in Slovenia and Europe, and on the other hand encourage artists not to forget this part of intangible cultural heritage – knowledge, behaviour, skills of making and painting majolika. Because majolika has a special status in both the Kamnik and Slovenian traditions. It has become, so to speak, a mythological object, closely connected with the identity of the Slovene nation. As a symbol of good and happy company, it is sung by folk songs.

See the invitation to visit the exhibition Slovenian majolica: 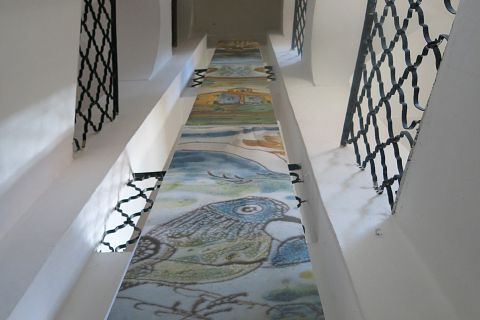 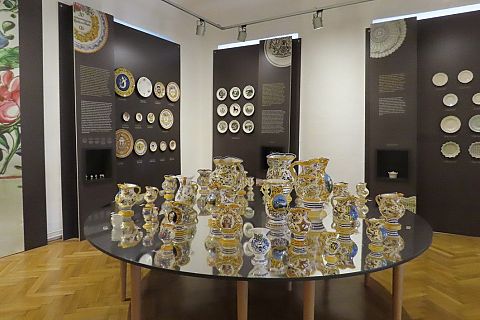 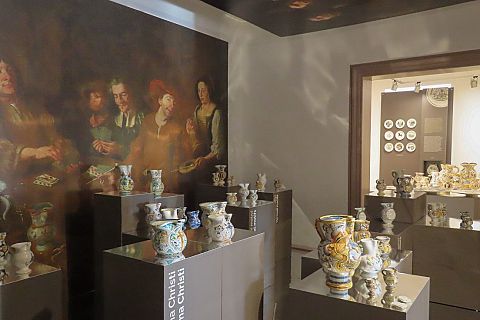 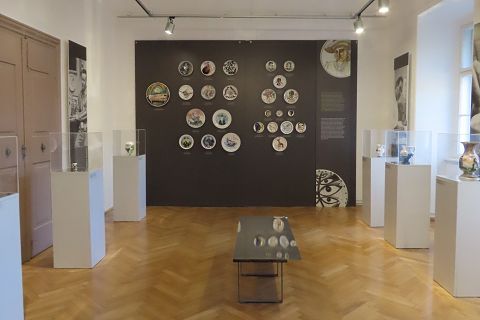 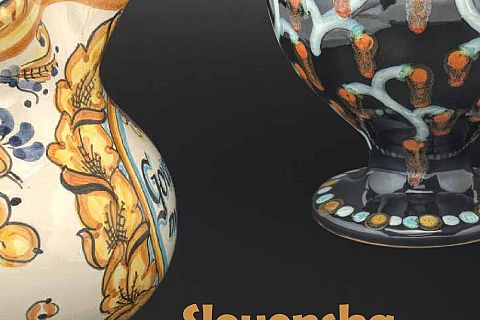