Home / Exhibitions / Old Trzin from the 19th century to the present

Old Trzin from the 19th century to the present

The Ivan Hribar Center in Trzin offers an exhibition on the development of the old part of Trzin from the 19th century to the present. Developments and changes in space are mapped graphically through four-time sections:

During the Franciscan Cadastre, Trzin shows the situation in the first half of the 19th century. The Franciscan cadastre was named after the Austrian Emperor Franz I. In 1817, the cadastral cadastre began, with the aim of creating a uniform basis for assessing the land tax. In 1832, according to descriptions in the Franciscan Cadastre of Trzin, 590 people lived in 93 houses. They survived through agriculture and crafts.

In SFR Yugoslavia, the production of topographic products was taken over by the Military Geographical Institute in Belgrade and the Hydrographic Institute in Split. The Surveying and Mapping Authority of Slovenia has carried out systematic aerial filming since 1975; in 1985 it began to perform cyclical aerial photography, and from 1994 began the production of orthophoto plans, “mosaics” of aerial aerial photographs. When the Surveying and Mapping Authority of Slovenia ceased operations in 2010, a number of mapping companies have emerged and continue their tradition. These include MapDesign, a mapping studio, d.o.o. from Trzin, one of the leading Slovenian cartographic companies providing services in the field of cartography, illustration and design. They also produced a panoramic map of Trzin in 2019.

Between 1970 and 1980, the modernization and development of the infrastructure of Trzin and its surroundings took place: after 1964, the construction of water supply and the sewerage began in 1975. After 1970, a new residential settlement, Mlake, was developed, where after self-acceptance in 1978 the streets were paved and public lighting was installed and the streets were named, a new school was built in 1985, a firemen center and cultural center was modernized. In 1985, a building plan for the Trzin Craft and Industrial Zone was adopted. In 1971, there were 1,190 inhabitants.

In the years 1994 to 1998, important acts for landscaping and development of Trzin were adopted, such as the widening of the main road, the building plan for the center of Trzin (block settlement, CIH, etc.), etc.

The municipality of Trzin has 3,922 inhabitants in 2019 and is one of the most densely populated Slovenian municipalities. It has a well-developed infrastructure with many successful companies (923 companies operated in 2016) and a Craft and Industrial Zone. There are two kindergartens, the Trzin Primary School, the nursing home since 2010, and since 2013 the Jefačnik Homestead has been restored, where the Trzin cultural and natural heritage is presented. It’s a vibrant social life.

The exhibition is accompanied by a leaflet with brief historical outlines and an overview of the development of cartography in our country. The project was funded by the Municipality of Trzin and the Ministry of Culture. 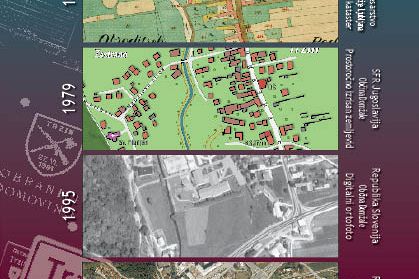 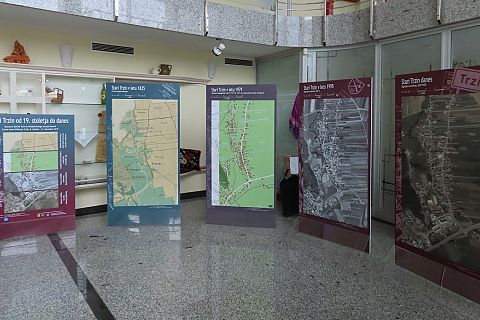 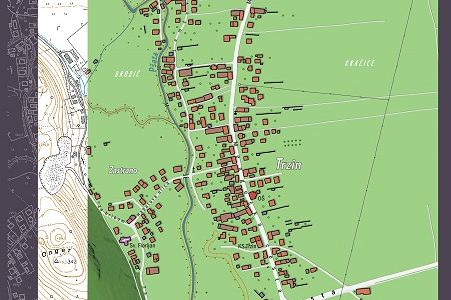 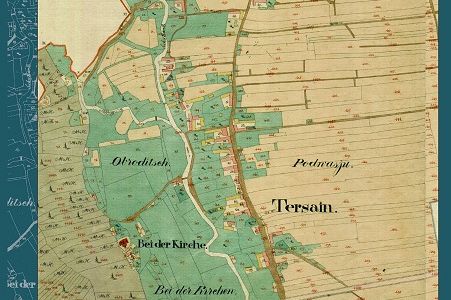