Home / Exhibitions / National costumes in the works of Miha Maleš

National costumes in the works of Miha Maleš

As a versatile artist who was interested in art in many ways, Miha Maleš also worked on the motif of national costumes in his lyrical visual language and vivid colours in his mature age.

In 1948, he was invited to a festival in Macedonia, where he wrote down the most diverse aspects of the festival with his soft and flexible line – from folklore to street snapshots. From the frescoes of the external rich world of Macedonian folklore, he extracts those essential accents that thus mark the expression of design and colour moments. Thus, it is not only a dry recording of national costumes, but also a search for and artistic presentation of typical and individual facial features, expressions and gestures of individuals in Maleš’s characteristic artistic language. Since these are mostly sketches and even more so the technique of monotype, which is already quite characteristic of Maleš, in these works we should not look for narration or depiction of excessive movement, on the contrary, we can talk more about stativity, immobility, frozen moment within a certain a movement that the author was able to observe.

Before that, Maleš’s world moved mainly in black and white expression in graphics, and in the Macedonian cycle he proved to be an extremely well-known colorist, where when we talk about monotypes, coloring even prevails over such a characteristic line. 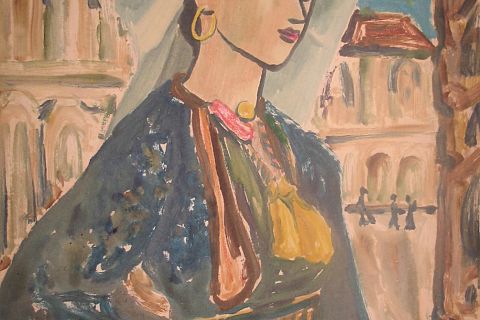 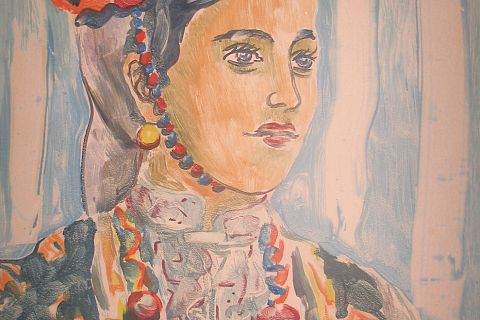 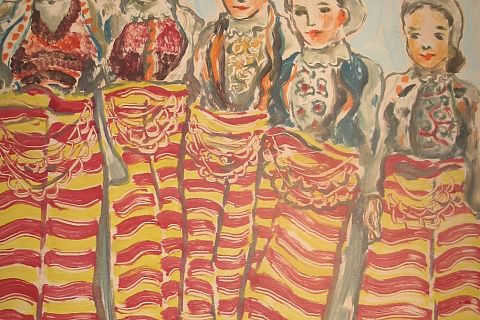 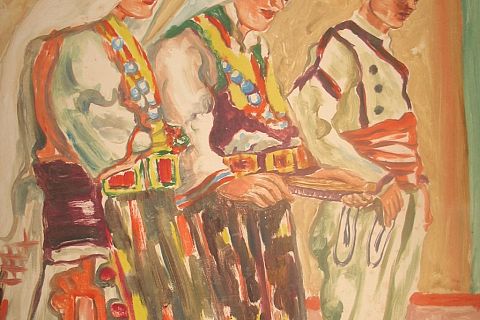