In the gallery View there is an exhibition of painter Maja Šubic. Under the title Frog, the most recent works of the painter Maja Šubic, who graduated from the Academy of Fine Arts in Ljubljana, are hidden, and after studying, she focused on fresco painting and illustration. Her love for nature led her to an in-depth study of Charles Darwin and his journey. In 2001, she exhibited her first movable frescoes in the form of marks with motifs from C. Darwin’s journals. As an illustrator she also participated in the animated series Pasavec (2013) and the Love of the Galapagos Turtle (2017), where she presented the story of Darwin’s journey through the story of two characteristic animals from his records. Maja presents her work at numerous independent and group exhibitions at home and abroad, and often on the walls of various buildings we also meet her frescoes. She lives and works in Škofja Loka.

“… In her last cycle, her eyes take us to an unusual view down into the step where we step on the damp ground filled by purely ordinary puddles. They are seen in high trees, branches and clouds – the painter takes us along its distant paths of forests and meadows, which are surrounded on a daily basis. Silent companions on its running paths are changing into tangible but time-limited images that nature gives us to the first rays of the sun when they blow out. Water is a romantic touch of these lyrical subtle landscapes, which are not mirrors, but some other perspective of reality, a different reality. Maja’s eyes are always tied to water oceans, lakes, rivers – to water, as a minuscule element comparable to man, with a living who always comes to an end of existence. She calms our thoughts with her landscapes, leads us to unknown paths, and tries to challenge us moments outside of the prism of the world, which increasingly enters into technological and intelligence, to which the feeling, passion and intuition are foreign-all the same is the only thing that can be distinguishes an individual within our human species. »

(from the record of Saša Bučan at the exhibition) 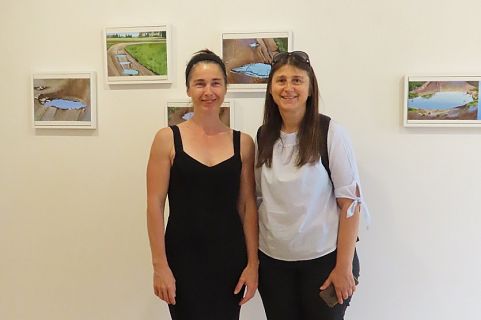 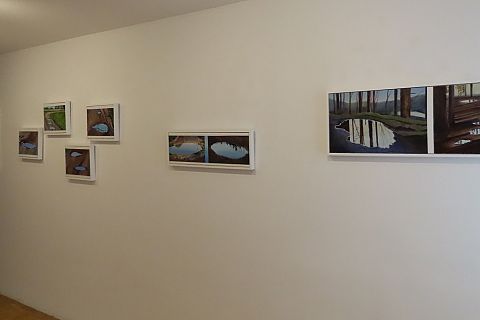 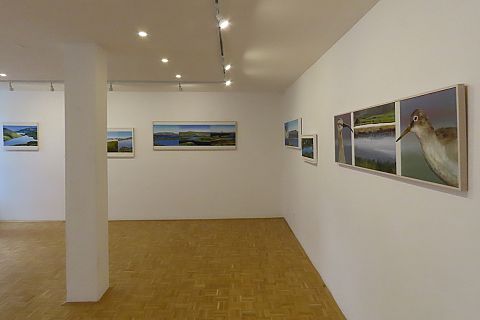 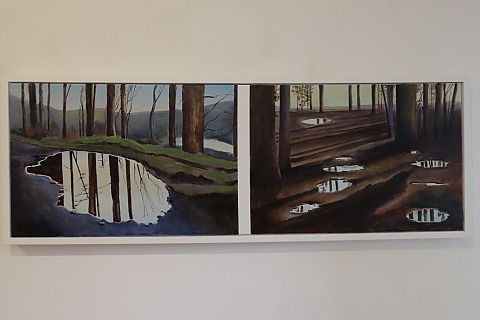 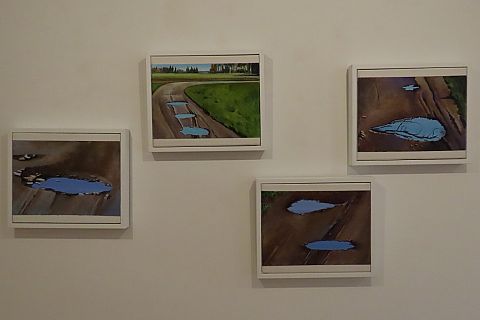