It happens very rarely that the results of the archaeological excavation are presented to the public in such short time.

In foggy November and cold December 2013, archaeological excavations were conducted on the second pipeline route. The excavations took place on the plot no. 138 k. o. Blagovica. The weather conditions were very unpleasant and unfriendly. Excavations partly overlapped with the excavation field for the first pipe of the pipeline, which they operated in 1977, when it was suspected that there was a cemetery in the area during antiquity and the early Middle Ages.

A year after the excavations were completed, in December 2014, an archaeological consortium led by Arhej d. o. o. handed over the archives of the Blagovica archaeological site, together with all the finds, to a permanent store in the authorized – Kamnik museum.

The results of a large-scale survey covering 3.3 ha of land have been repeatedly presented to the professional public, in lectures and in professional literature, until this year. On The Happy day of culture, however, we will uncover archaeological layers and present new insights about this site to the general public.

Why a lost postal station?

Since the Roman occupation of our regions (the same has been the case elsewhere), the Post has played a key role in the informing and supply of good to the Roman army. It was organized throughout the Roman Empire and was primarily intended for the army. Postal stations are known from the itineraries where their names, function and distances are written and also the distance between them. At some stations, food, drink and lodging were provided, at others horses or animal carriages could be exchanged, while others had a police-supervisory function. Tabula Peutingeriana – an itinerary from ancient times, mentions the Ad publicanos road station, which was located in Lukovica in the past, in Podpeč near Lukovica, etc. with more or less unfounded assumptions.

Archaeological research of a larger area showed that this site would be not only a burial ground, but that we were dealing with a settlement that had changed, repaired, upgraded over time. Foundations of several building phases were found. The ancient roman buildings were mostly build of wood in the first and second centuries (they could be warehouses, storehouses or stables), but slowly supplemented by wooden architecture with masonry structures, foundations and walls. The location of the settlement below the slope has repeatedly proved to be a considerable problem. They were caused by torrential streams and landslides, which covered the settlement with soil, sand, in several parts, so they had to repair, add to it, strengthen the walls, etc. All these processes could be read in the layers of the earth, in the archaeological record, where small finds with the language of life of the then users were preserved. The tomb, presumably of some importance, was preserved surprisingly well, in which a glass service of light green and blue was given as accessory into the grave. Rarity in Slovenia, in the quantity and composition of glass products.

You will have to find the answer to the question whether the Roman post office has been found at the exhibition. Welcome!

The authors of the exhibition and publications are Ana Plestenjak and Janja Železnikar, the editorial review was done by Neža Kelc, the design is the work of Vladimir Ristic, the field photos were taken by Maja Korošec and Robert Erjavec, the other photographs are by Tomaž Lauko, Jašar Skorupan, Janja Železnikar, one from MMK archive. Collective drawings were drawn by Andreja Peklar and the map by Mateja Belak. 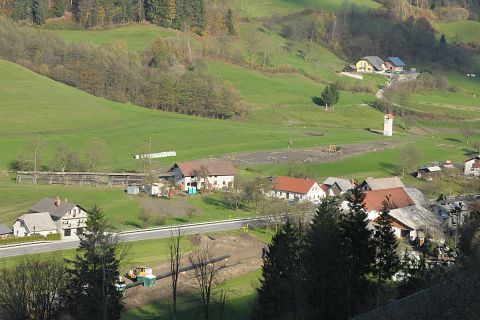 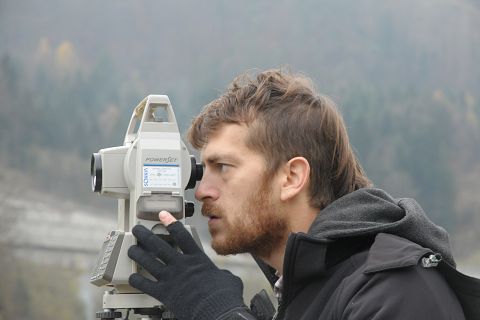 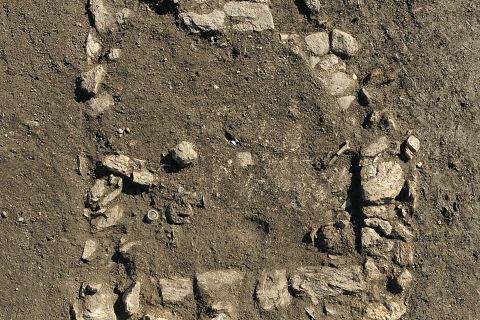 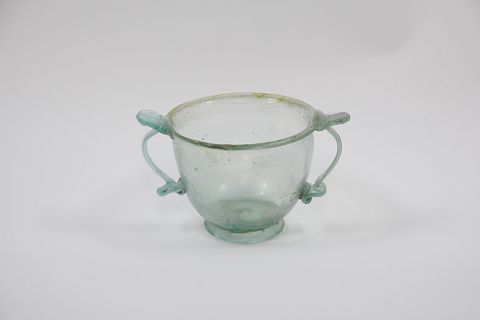 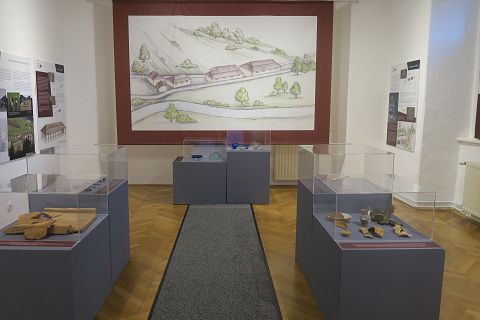 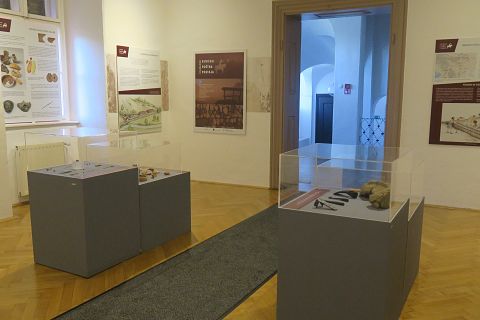 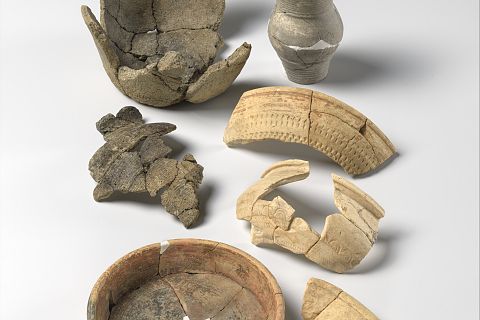