… The history of European art is showing / proving its influence. The latter also happens when, from the aesthetic point of view, the latter invoice proves controversial, as in the case of abstract expressionism, which, although not surprisingly different from traditional, academic European painting, could never have existed if it did not react to something. Thus, Renaissance Europe led to abstract expressionism! This shows the element of colonialism, namely that Europe is the greatest to recognize others and learn from it as much as possible. This is a misogynistic view, although it could reasonably be justified, at least in certain branches of art.
… Nowadays, when abstract or minimalist art is treated at the same level as formal, and with the acknowledgment that the placement of the Far East into the central position of Western history is unacceptable, too narrow and biased, the idea of ​​mutual clearing is more easily accepted. We are borrowing cultural icons from elsewhere – for example, over the past decades, Japan has transferred a large part of its culture to technology, comics and film in our world – but unfortunately, there is still contempt for the Arab world, an erroneous opinion that this is somehow ” non-cultural “or at least that their cultural prosperity has happened so far in the past that it has become irrelevant. However, as it was before the millennium, the latter remains a matter of the confrontation of religions or, more precisely, the values ​​that have been penetrated through conflicts of religions, rather than an unbiased view of the values ​​of the very art and culture itself.
The art of Kiki Klimt at this selected exhibition is a beautiful illustration of how European and Arab culture can meet within individual painting. Kiki covers Islamic mysticism, symbols, stories and even Arabic texts, all of which intertwine in images that are firmly anchored in European tradition, with fascinating primitivism, a reminiscence of Rousseau or an early American folklore art. Using the European stylistic formality she was inspired by the Islamic stimmung, Kiki created a completely own style, both from aesthetic and theoretical point of view. 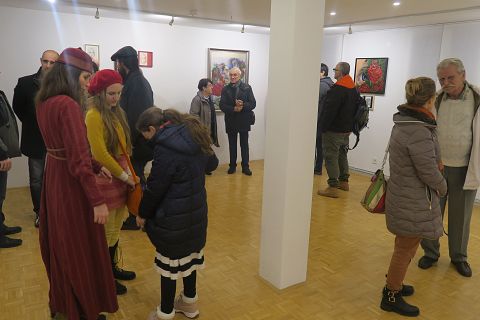 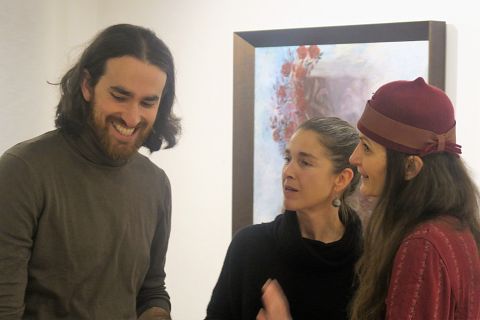 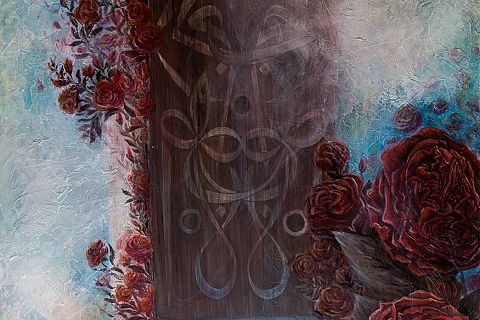 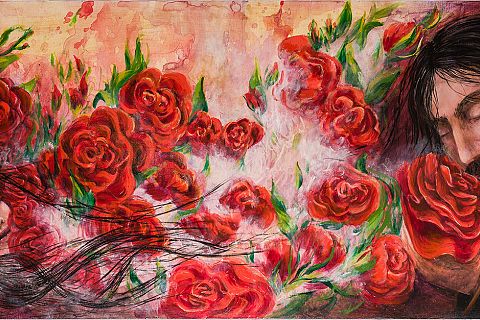 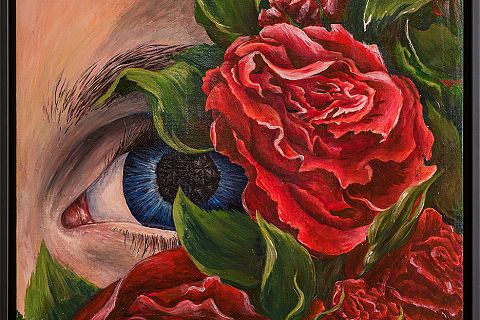