Ivo Mršnik: Some lines and some dots - graphics, drawings

Ivo Mršnik was born in 1939 in Knežak near Ilirska Bistrica. He graduated from the Department of Painting at the Academy of Fine Arts in Ljubljana in 1968. In addition to his pedagogical work, he continued his studies in graphic design with professors Riko Debenjak and Marjan Pogačnik (graduated in 1972), and in 1975 he graduated with a specialization in painting. Since 1978 he has been employed at the Pedagogical Academy, where in 1998 he became a professor of drawing and graphics. As a student, he received the Prešeren Student Award in 1969, and the most prestigious is certainly the Ivana Kobilca Award, which Ivo Mršnik received in 2018 for convincing artistic posture and time travel, as stated in the explanatory note at the award ceremony. Ivo Mršnik has participated in more than a hundred group exhibitions and independently in all important galleries in Slovenia.

Ever since his creative beginnings in the 1980s, when Ivo Mršnik embarked on an artistic path and consciously sealed his relationship to the visual arts: he committed himself to dots, lines, lines and almost completely gave up color. There are few artists who do not touch the color world on their journey. Ivo Mršnik remains true to his artistic expression, drawing, and walks along a path that goes from one level to another in his inner world without great fanfare. In the drawing, he found the perfect expression, the word used to record this endless life novel, which changes from chapter (cycle) to chapter, yet perpetuates the story throughout. He began to develop this story, which we see, altered, delivered, but still incomplete, with portraits and figures in the 1970s. This was technically a graphical approach to lithography. Various portraits, which slowly but steadily reduced from graphic to graphic, increasingly losing their subtle gestures and becoming merely cut-out figures in the manner of a shadow cut-out, which, on black paper, seemed to be actually cut from the plot. In the 1980s Mršnik dismantled supernaturally large heads. Since the Head Cycle, Mršnik has shifted beyond the visible, the real and the tangible in the late 1980s. From here begins the decomposition of the real into a chaotic cadence, which is merely a continued reduction of the record that previously formed the head. From the records created by Mršnik in graphics and drawings, the dynamic rhythm of the record itself emerges, guiding the artist’s hand along the paths of his own inner worlds, which are imprinted and they write down on white paper as an individualized, personal form. The cuff becomes so characteristic of Mršnik that it eventually becomes his own handwritten signature.

The exhibition will also feature a catalogue, the work of designer Vladimir Ristić, with the texts of the exhibition’s curator, Sasa Bučan. 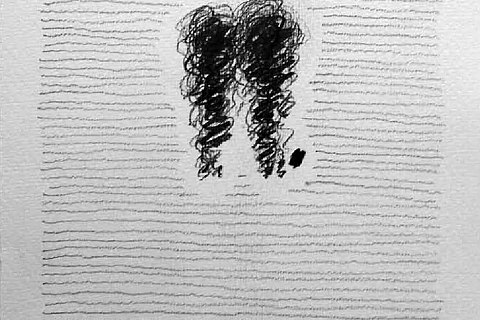 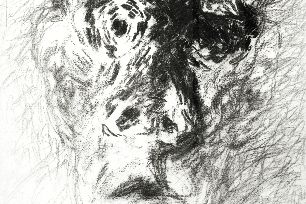 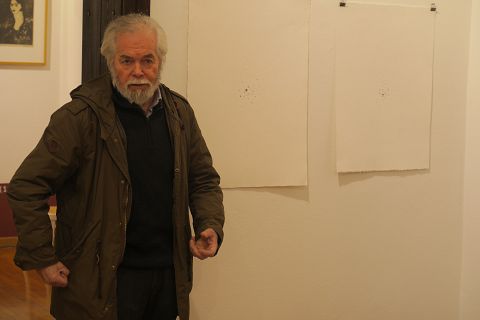 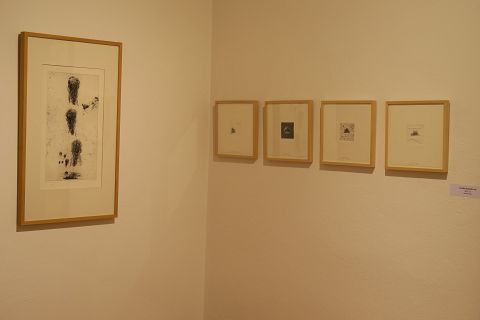