Gregor Pratneker (1973) graduated in 2006 from the Department of Fine Arts at the Faculty of Education in Maribor. Between 2007 and 2012, he studied at the Academy of Fine Arts and Design in Ljubljana, where he also received his master’s degree in 2012.

In the last creative period, he has been devoting himself mainly to landscapes – forests, which can be painted in the open air or in the studio. In 2013, he received the first award of the May Salon, which is awarded by ZDSLU. Already in 2014, he managed to convince the French jury of the Autumn Salon in Paris with the painting “Winter Morning”, which had been awarded the first prize by the ZDSLU the year before. Since then, he has regularly exhibited at all three important Parisian salons: The Autumn Salon, the Salon of Fine Arts and the Salon of French Artists. In December 2019, he received the Eugene Boudin Painting Prize, named after a famous French landscape painter, for his painting “Spring in the Mountains” at the Louvre Salon. In February 2020, he received the Mention Award at the Salon of French Artists at the Grand Palace. He lives and works in Maribor.

… “Picture is just another word for emotion,” wrote the landscape giant, the English painter John Constable, and Gregor Pratneker’s painting is actually about exactly the same thought and its realization. Pohorje forests, their inviolability and solitude, portraits offered to the painter on a daily basis, which are constantly changing from day to day, from one season to another. Most often, Pratneker focuses on observing and depicting tree trunks, sometimes placing a figure between them, which for a moment only indicates what was perceived by the author’s eye and remained written in memory, wrote the curator of the exhibition Saša Bučan. 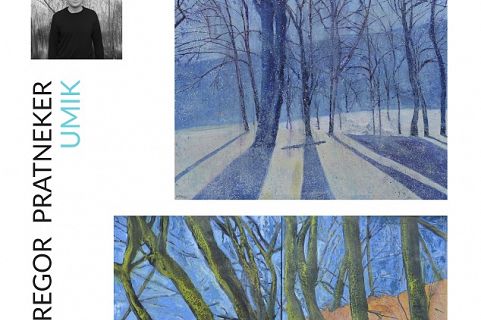 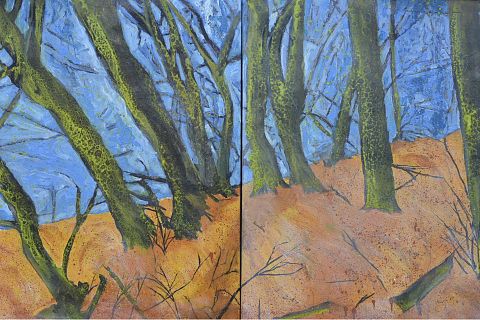 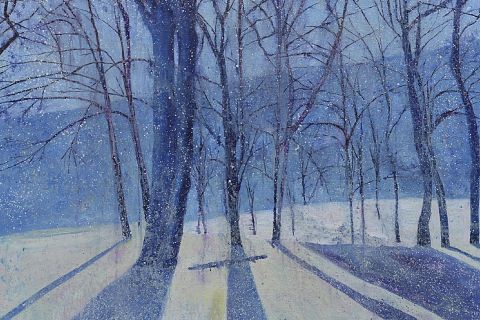