In fact, in 1914, nobody believed that the First World War would really start and when it started, everyone was convinced that this would be only a local conflict and that would end in a matter of months.

Historian Christopher Clark in his book about the Great War (published in 2014) warns that the leaders of countries entered into the war behave as the people affected by the moon and not aware of their actions in the real world. This made their countries and people trickle into a terrible war that required 20 million human lives. 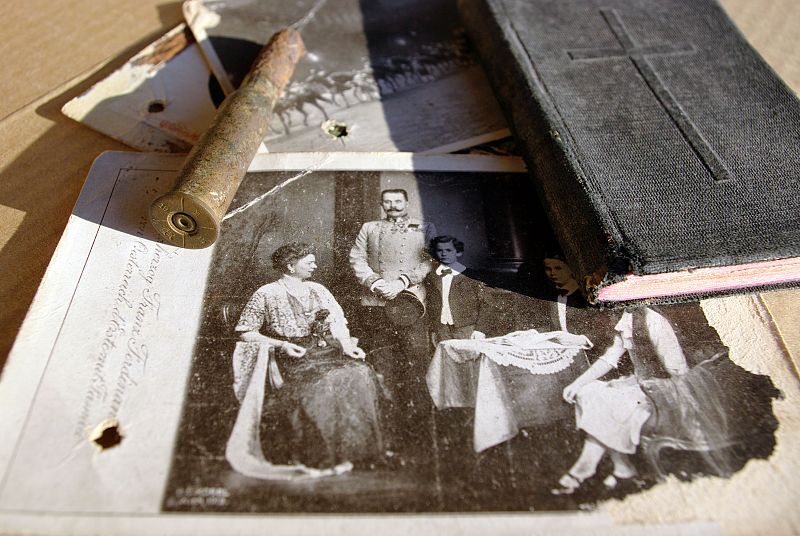 In the year 2018, the whole world will remember the end of the First World War. Although Slovene official history has for a long time pushed a Great war into oblivion, it has never faded among the people. It was also preserved through the tales of grandfathers to his grandchildren, through folk songs, letters from the front, in photographs; as well as in the remains of weapons that the natives and foreigners gathered on the nearest front – Soča (Isonzo) front.

In Kamnik we have some private collections of the Great war and some of them are open to the public, others can be seen on this exposition in Rudolf Maister’s birthplace.