Home / Exhibitions / Funeral ritual in the late Bronze Age. About the grave from Tomo Brejc Street in Kamnik.

Funeral ritual in the late Bronze Age. About the grave from Tomo Brejc Street in Kamnik.

The main theme of the exhibition is the grave that was found in 1965 when building a house on a plot of 707/16 k. o. Kamnik. The honest finder is about finding objects that were hidden about 30-50 cm below the earth’s surface informed the Kamnik Museum. Director and also archaeologist Mirina Cvikl Zupančič, found that it was a grave that was covered with a stone slab. They were attached to it: the ash with ash and bone residues, the shingles and the bronze needle. The public was informed of this find through the media immediately (in 1965).

At the exhibition and in the catalogue accompanying it, the grave is placed in the wider European context of the culture of the glowing graveyards, which, according to the prevailing method of burial (fire burning and cremation – the ascension of the deceased) got its name. The Kamnik tomb is one of the oldest graves of this time, it falls into 13. – 12th and the first half of the 11th century BC.

Analogy for the grave finds is found both in the west and east. Similar needles are found in northern and northeastern Italy, while similar forms of ceramic vessels are found in the graves of eastern Austria, Slovakia. This means that the Late Bronze Age “Kamnik residents” have indirect or even direct contacts with these remote communities.

The cremation of the deceased on the shrub is in the late Bronze Age as a way of funeral ritual. From the shrubs, they put together the deceased remains and put them together with jewellery in a clay pot – urn. In addition, they added another with food or drink.

At the exhibition and in the catalogue, let’s explain some of the concepts, distribute space and time, and devote a bit more detail to other objects and bronze-old finds from the Kamnik region. Unfortunately, there was no archaeological research in Kamnik. This means that we cannot yet give an overall picture of the settlement of this area at the time, which covers more than 1500 years (from 2400/2300 to 850/820 BC). More or less it seems to us that the “Bronze Age” (at least in the late Bronze Age) “Kamnik residents” lived on the place of later Old Castle, Velika Spica and Kratna. It was the world of “living”. The “World of the Dead” was across river Kamniška Bistrica, on the left bank along the route of the railway line, where archaeological finds were found at the time of its construction (late 19th century).

The Exhibition and the catalogue are work by Dr. Brina Škvor Jernejčič (Department of Archeology, University of Ljubljana) and Janja Železnikar (Intermunicipal Museum Kamnik). 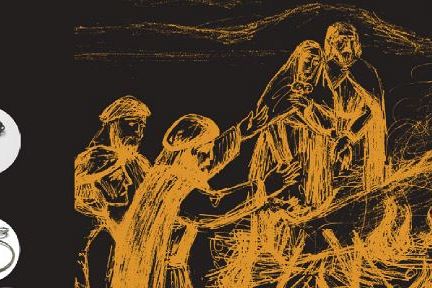 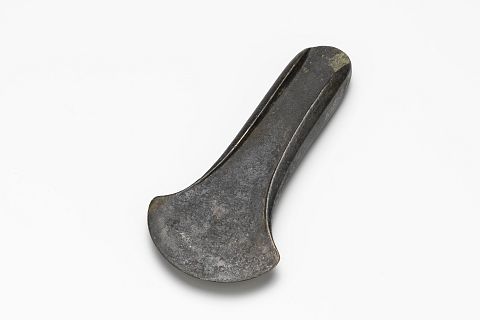 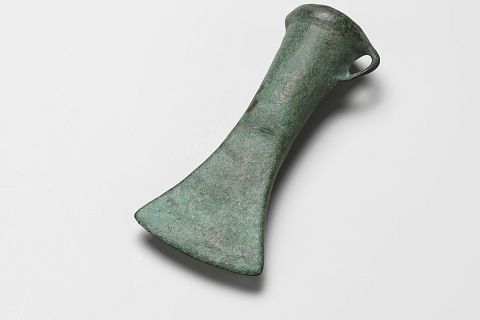 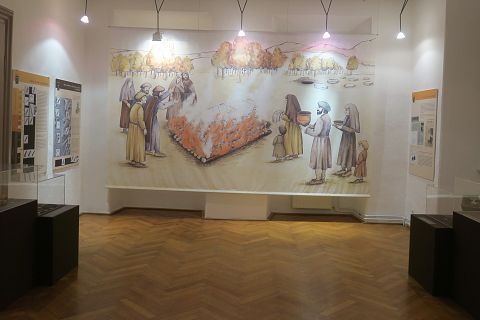 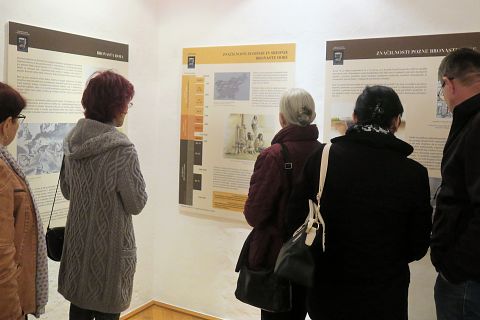 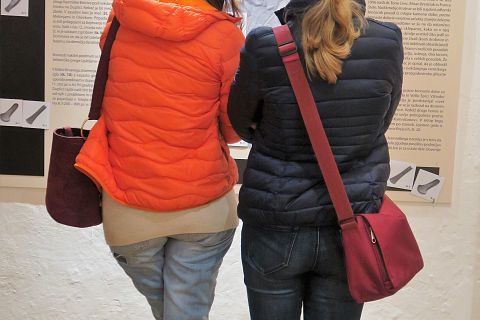