This time, Boštjan Plesničar, in his playful, humorous, colorful form, deals with the theme of a woman who is otherwise unknowingly present in the contents of his works. In his art, there is no space for art theory, a higher class in one or the other work. The artist is not exactly an ordinary artist, although his works, strictly speaking, are classical. Classical in format, in a plot on which, with classic colors, new images are constantly emerging. His own expressiveness accompanies him since he creates, so in his wide range, often only known to him specific mythologies, sometimes it is difficult to find the right story. And this is also permitted by the Plumbersman – that we are also explainers of his stories to ourselves, who can (have) many interpretations. The works carry many artistic provocations, which are mostly comments on the contemporary world and the world that is constantly circulating, changing and emerging in the artist itself – the content is also the reflection on a personal role within this world. This is the outer world or the subconscious, where it connects individually to the newly created and is realized in the new image. Often criticized for (in) a style that has actually become a Plesniar’s personal style, he certainly carries an extraordinary spontaneity in himself, whether it is a painting that is produced without prior sketches, or for content that in a short period passes from one topic in the other without predicted development stairs. In a word, spontaneous art, but for this reason, honestly, following Dubuffet’s saying that art is a vision and a vision, it is not created for the purpose of creating it, but instinctively. The dancer remains an eternal rebel, outsider; it is not interested in the latest fashion trends, which often give the impression of intellectual limitation: in his works, the playfulness, vivacity, flickering in us, humor and criticism are found in his works, which comes through the door of a slight provocation and wit and in no way and is never based on the gravity of the problem alone.
. 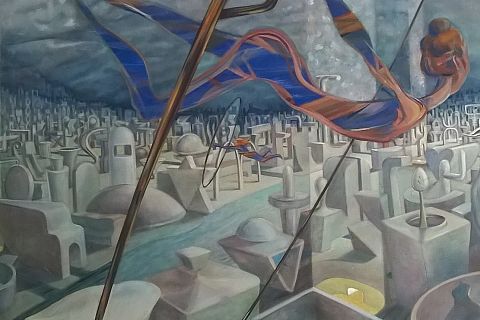 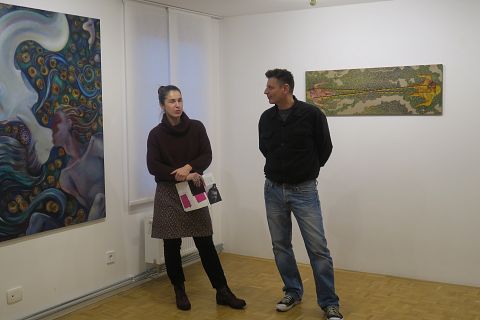 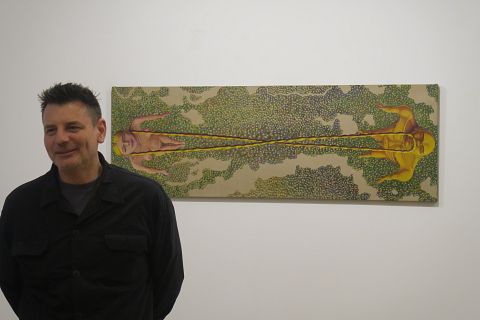 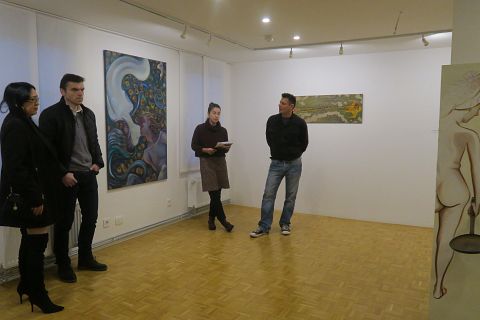