When we talk about pop art, hyperrealism and photorealism in Slovenian art, we can not pass the name Berko. A painter, born in 1946, celebrated his 70th anniversary this year, and on that occasion an exhibition was created that linked three Gorenjska museums – Loški muzej Škofja Loka, Gorenjski muzej Kranj and Medobčinski muzej Kamnik. At all three locations, Berko presents himself with various parts of his extensive opus, which began to emerge in the 1970s, with new technology – digital photography, is developing and growing even now, when he is presented to the wider international public and when his works stand side by side the world’s largest names for photorealism, and also appear in foreign and domestic collections of large galleries (Moderna galerija Ljubljana, Museum of Contemporary Art Zagreb, etc.)
Berko, who entered the Slovenian data visual artist as the first hyperrealist, came out mainly from the line of pop art and photorealistic art, which emerged in the US and Great Britain. In the beginning, Berko spoke primarily through a pop artistic vocabulary, when on large screens he depicted images of mass production as an integral image (Chesterfield 1973, It’s That Law 1975, The Most Expensive Bike in the World 1975) – that is, images that were most often encountered in mass media, and sometimes also as a snapshot of their own photographic template. In the seventies, in addition to complex images, individual details were removed from the concrete context, isolated them and presented in the manner of an advertising billboard, which due to the dimensions (it is about the magnification of individual parts of the body together with products), the exceptional precision in the drawing and in the magnificence of the color labeled as a visual ad. On the other hand, we can read these works as an ironic novel about the idealization of mass production. In the way of building an image, that is, isolating an object from a context, combining with other content, or placing it in another context, Berko actually goes parallel to the way of pop art, more in terms of a look from a distant perspective, resonates with changes in the society of that time, with American pop art writers who came from the real experiences of life already within the prosperity of the new consumer culture. 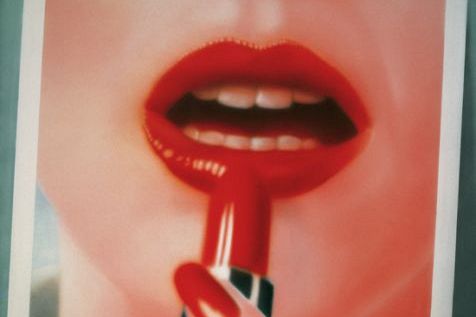 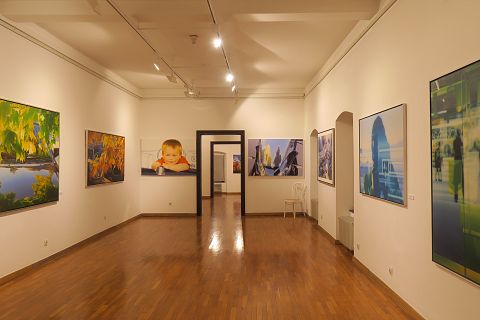