The legendary musician turned 60 on May 1 this year. Emil Spruk is probably all fans of the more demanding genres of music who know and appreciate: He is a composer, arranger, conductor and, above all, an excellent soloist on the record. After lower music school, he enrolled at the Ljubljana High School of Music. He continued his studies in Graz, Austria, at the College of Music, majoring in trombone. He then went to the United States with excellent recommendations at the Berklee College of Music in Boston, and in 1982 graduated with magna cum laude degree from both the trombone and composition department. Emil Spruk is a long-time soloist on the trombone in the Big Band of RTV Slovenia.

His leadership of the town band, which he took over in the 1984-1985 season, remained in the best memory of the people of Kamnik. He was, of course, full of new ideas and optimism as he had just finished school. He also wanted to bring his ideas to the orchestra, which has been operating according to fairly established rules since its revival. This was noticed in the orchestra’s repertoire, which no longer played only marches. Spruk has placed more and more concert songs on the repertoire. By doing so, he attracted a young generation of musicians who were happy to come to the rehearsals. But playing more demanding songs was conditioned by the purchase of better-quality instruments, which was still not easy in the last spasms of Yugoslav socialism. With the help of sponsors – a then very successful Stol company, they managed to provide the necessary foreign exchange. However, after a web of unlucky coincidences and somewhat incompetent buying agents, they were, unfortunately, given cheap Czech instruments that they could not help themselves with. As a result, Emil’s enthusiasm waned considerably and he slowly said goodbye to the band, and he was also called up for military service. Of course, he also spent a lot of unforgettable adventures with the musicians, who are slowly transitioning between modern stone legends. Spruk recalls that at one of the regular rehearsals the young fans rehearsed the fortefortissimo so intensely that even a young man ran blood from his nose and a huge chandelier collapsed on one of the members of the orchestra. It sounds actually mythological, but it was real.

Also legendary is the event from the annual competition of band orchestras in Krško in the late 1980s. Under the enthusiastic leadership of music professional Emil Spruk, the people of Kamnik played their contribution with top energy and maximum rehearsal, but the jury completely overlooked them in the awards. Later, it even turned out that the justifications for the prizes had been prepared in advance – typed on a typewriter, which was not present at the competition venue at all. Disappointed and also furious, the head of the Kamnik orchestra, Emil Spruk, threw away the prepared decorations and told the jury some bitter things about professional competencies and a sense of musical quality, and took his band away from the competition venue in protest. The astonished jury fell silent, and the event had been talked about for years. Emil Spruck’s sense of justice did not allow his young guards, who were well prepared, to ignore him so ignorantly. 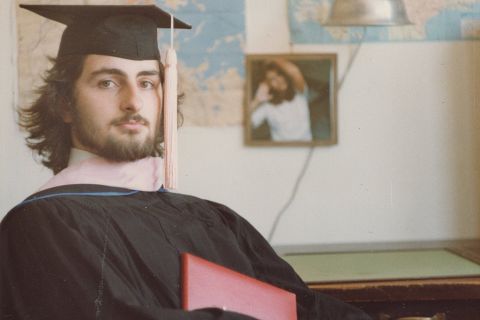