In 1933, the Kamnik factory Titan began to manufacture fittings, poppy grinders, meat slicers, crushers, brass weights, furniture locks and also the first kitchen and commercial scales. The scales were also made during World War II, when they were owned by a company from Villach, Austria. The commercial balance scale was one of the most popular products of the Titan factory in the second half of the twentieth century and had bearings made of semi-precious stones, you could also choose the colour of enclosures.
From the 1960s onwards, it was a mandatory prop for especially grocery stores. It also served well in two of Kočna’s fruit and vegetable stores in Kamnik. The one in the middle of Šutna was called Vegetables and the other at the end of Šutna, Fruit. 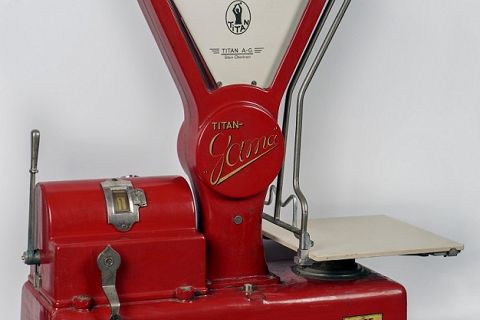