The burial was removed from one piece of bronze sheet and finished on a lathe. Iron attachments were attached to the mouth. Handles of buckets were also iron. The buckets were repaired several times with larger or smaller pieces of sheet metal, which is basically attached to the rivets. The bucket held about one liter, 2.8 or 8.5 liters of water.

During the construction of a private house in Suhadole near Komenda, in year 2000 they encountered the remnants of a Roman well. Miran Bremšak informed about this discovery by the Institute for the Protection of Cultural Heritage. During the emptying of the well, which was saturated with archaeological material mostly from the 1st century, they encountered many objects. Those involved in water capture (buckets, jugs, s) found themselves in the fountain “mistakenly”, some (for example, clips-fibulae, jewellery, etc.) were donated in the fountain. 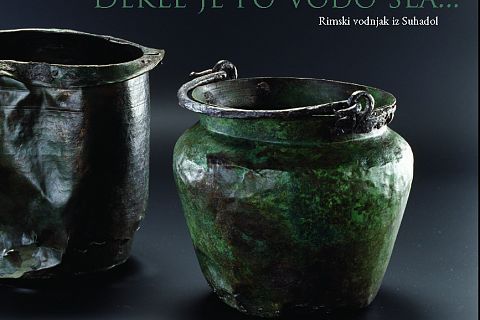