The Mejač family found the statue in 1899 in a well in Sidol. It lay about a meter deep. It was part of Sadnikar’s collection and in 1964 it was bought by the Kamnik Museum.

The statue dates from the 1st century A. D. It could be an inventory of a house altar, perhaps a votive. Such objects are typical of modern and ancient societies. By donating them, people wanted to gain the favor of supernatural forces – deities. With the offerings of some gifts, the wish of the donor should be fulfilled… Even today, we donate with similar motives, for example, we throw coins into wells, water (sources) and the like.

Jupiter was the supreme god of the Roman pantheon, lord of the world, sky and lightning, and at the same time protector of the Roman state, guardian of laws and treaties. 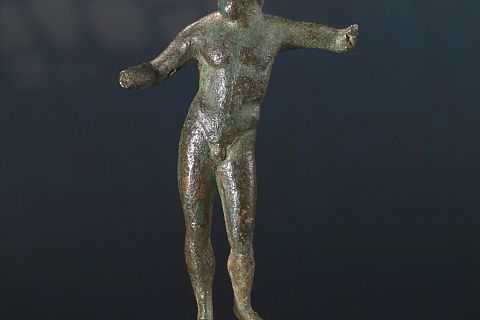