Right now, the bloody sign from 1510, which stands by the road at the beginning of Podgorje, where the road crosses the railway, is being cleaned and preserved. Along with the conservation and restoration carried out by Matej Turnšek, pieces of paint or former paintings have been found.

And something about the bloody sign. In the topographic description of the monuments of the Kamnik Political District between 1922 and 1929, France Stele described it as: “a stone pillar of rectangular cross-section with cut edges, standing on a rectangular pedestal, which tapers to the pillar. The pillar extends above into a blind tabernacle extension with four shallow recesses. Above this is a massive pyramidal roof. At the top there was a stone ball with a triple cross, the current upper part was found in Podgorje and placed on a pillar near the last restaurant, where it was supposedly located once. The year 1510 is on the stone and there are two stonecutter’s signs on the right side. “

The bloody sign was placed at the place where the death penalty was carried out. The sign probably also served as the city border as far as the authority of the city authorities extended.

From 16th to the last quarter of the 18th century, jurisprudence regularly used extremely cruel methods of torture to obtain confession (it was not until 1776 that the Austrian Empress Maria Theresa abolished torture as a procedure for forcing confession through torture). Law stipulated that the processes of investigation and sentencing take place away from the public eye and are strictly separate from the public ceremony of pronouncement of judgment and punishment.

The punishment place was once a place of very popular spectacles, and the executioner had to do his job perfectly so as not to disappoint the crowd. His work was also the previous precisely prescribed preparation of the scene, be it gallows, fire or a cycle in which the body of the convict was put. 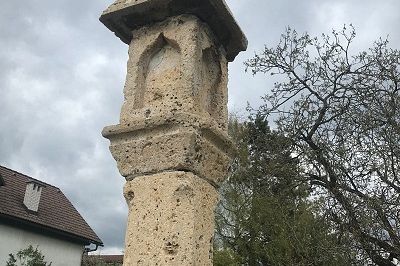 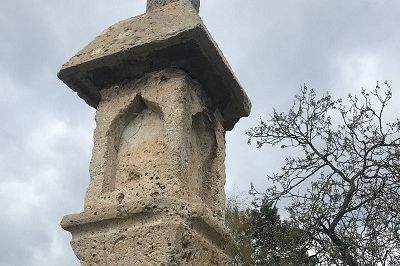